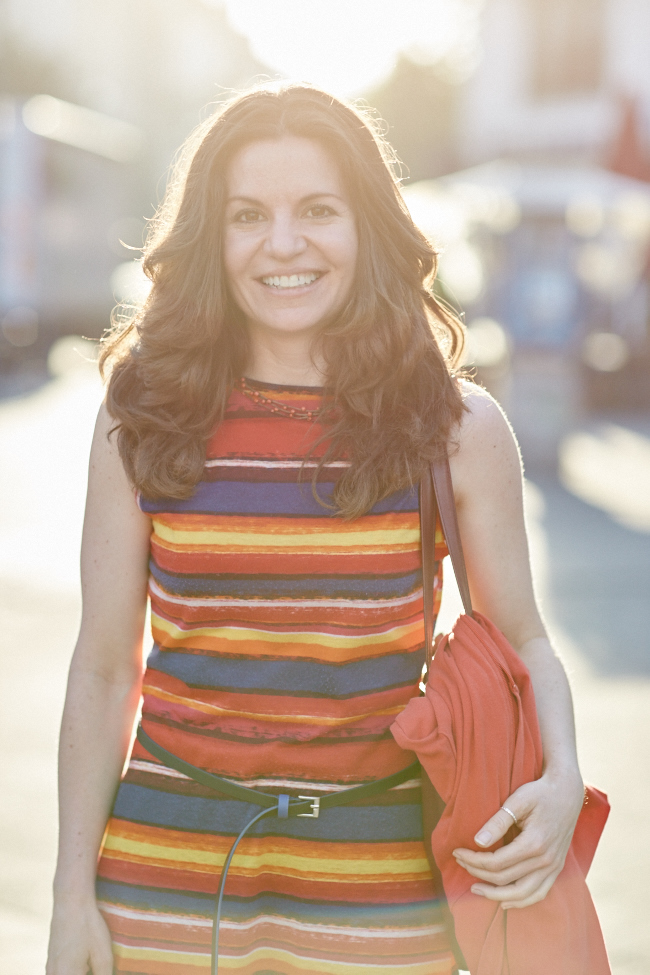 When you meet Layne Mosler for dinner, chances are that she found out about the place from a taxi driver. Back in 2007, she started a blog called Taxi Gourmet, based on one simple, genius idea: she would get in a taxi, ask the driver to go to to his or her favourite place to eat, and and document the adventure, culinary and otherwise. After years of adventures in New York, Buenos Aires and Berlin, Layne recently turned the blog into a book, Driving Hungry: A Memoir.

We caught Layne on the week of the book’s release, just before she flew back to America for a short promotional tour. It was Eid, at the end of Ramadan, so we asked Layne to take us to her favourite places around Berlin’s “Little Istanbul” in Kreuzberg. We found her at Konyali, an unassuming restaurant directly on Kottbusser Tor, enjoying some of their homemade yoghurt drink, ayran. 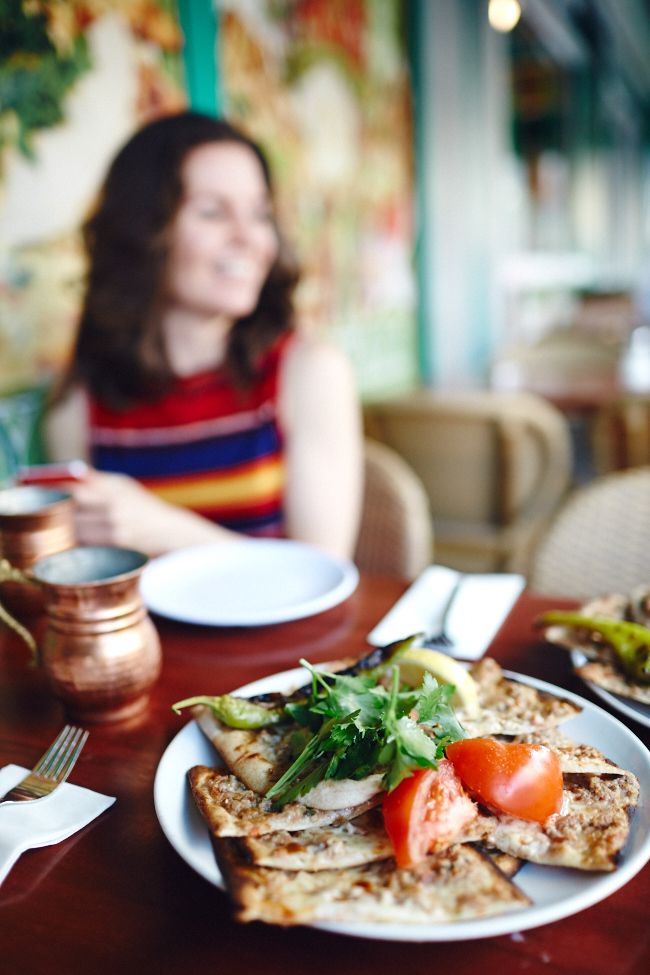 So how did you find out about Konyali?

Funnily enough, it was about this time five years ago, around Ramadan. I got into a taxi with a driver named Eren, who brought me here because this is the only place in Berlin which makes ekmek. Similar to Turkish pizza, it’s baked in a brick oven, and comes from Eren’s home village near Konya. This is one of my favourite places to eat, and it’s cheap!

Were taxi drivers open to sharing their food secrets with you?

Yes! This was my first summer in Berlin, when I didn’t speak any German, and the Turkish taxi drivers were very sympathetic to that. We signed our way, and muddled through with English, and they took me to all these places that I still go back to now.

They were very excited about me wanting to eat where they ate. When you ask someone about food, you’re creating an automatic connection. When you talk about their food, not where they think you want to eat, you can have an intimate conversation in a short period of time. A taxi ride is very fleeting – you have to quickly get to the nitty gritty.

When did you start exploring cities’ food scenes in this way?

The Taxi Gourmet project started when I lived in Buenos Aires – it couldn’t have been born anywhere else. I was dancing tango, so I had to get around town at very odd hours, and the taxis are so cheap.

The drivers there are so forthcoming and so charming, and they have these spectacular stories. You just have to nudge them and they come out with these philosophies and tales – whether they’re true or not, I don’t know, but they’re very entertaining. I was finding that I learnt more about the city during taxi rides than in any other context.

And the Buenos Aires taxi drivers know all the best places to eat?

Some of them. At the time, most of the taxi drivers were Argentinian, so 90% of the time, they would take me to a steak house. And I was running out of adjectives to describe beef!

I also knew that I wasn’t going to be in Buenos Aires forever, so I started thinking about cities that have really well developed taxi and food cultures, and I decided to see what would happen if I transplanted the project to New York.

And how were your New York taxi adventures?

It was difficult at first. Cabbies would be like, “you don’t know where you want to go?!” Most people in New York have an agenda, taxi drivers included. So I ended up having to give the drivers a fake destination, usually a straight shot of 40 blocks or so, and then when we were having a conversation, slip in the question of where to eat.

Then I ended up meeting these two women who drove taxis in New York. One is this fierce Nuyorican woman who wears brass knuckles, drives at night and beats up men who beat up women. But she’s the sweetest thing, who wears her shitzu like a stole around her neck – and she just blew me away. And, not long after that, I met this very petite, purple-clad cab driver who was also going to nursing school part time. We got to talking, and I thought, “If she can drive a cab, I could drive a cab.”

I studied anthropology, and I like the idea participant observation, and realised that I was reaching the upper limit of my understanding from the back seat of a taxi. So I decided to get my cab licence.

How was life as a New York cabbie?

It was terrifying! The first time I drove through the city was in a cab, and I didn’t do it long enough to lose the fear. Plus, because of the taxi lease fee, I walked away from my first shift with two dollars. Pretty early on I realised: this is going to be research.

Within the first three hours, I realised how preposterous it was to ask a New York cab driver where he or she likes to eat on duty. I used to be disappointed when they replied “I eat wherever there’s parking and a bathroom”. But then I found myself eating at Dunkin’ Donuts… because there was parking and a bathroom! Very quickly, I stopped romanticising the job.

But it was really lovely to meet people that I wouldn’t have in my normal day-to-day life. We make assumptions about people within seconds, but there would be at least one person per shift who would just defy my expectations. Being reminded over and over again, that all of our assumptions are absurd, was a good thing. 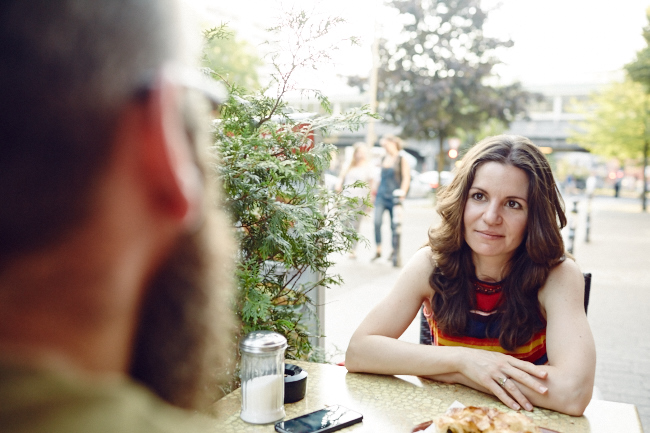 After her American experiment, Layne found herself in Berlin for the first time. “I felt an immediate affinity with the city,” she says. “Doors were opening, and people were interested in my project, despite the fact that this isn’t known as a ‘food city’…”

One of those doors opened onto the passenger side of a taxi whose driver would go on to play a big part in Layne’s extended stay in Germany. In fact, our next stop, Leylak on Kottbusser Strasse, was originally the recommendation from this very taxi driver. “I haven’t found better börek in Berlin – it’s my husband’s favourite.” 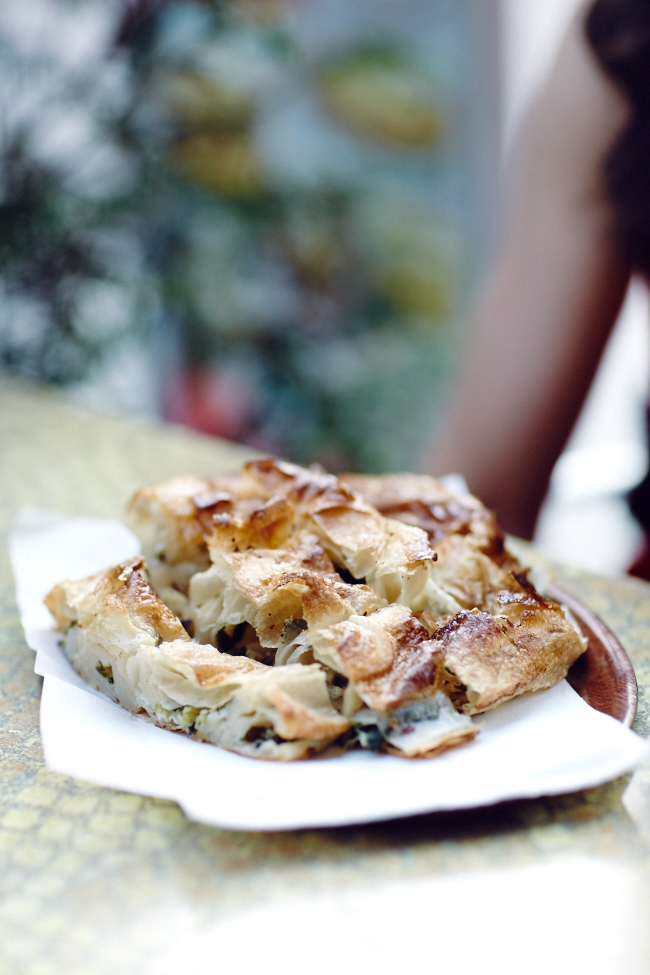 How did you meet your husband?

He read about my taxi adventures, and found them really interesting. He got in touch, describing himself as “a little gourmet”, and offered to give me a tour in his taxi, and show me some places he liked – especially because I hadn’t yet tried any German food.

I got a good feeling from his email, so we arranged to meet at his taxi cab. When he turned around I went, (voice quivering) “Oh…” Because he was quite beautiful, and I wasn’t expecting that at all. And then we got to talking about Berlin, about how he had danced on the Wall when it came down, and how the city has changed, and his relationship to it, and about books and philosophy… And I was really quite fascinated from the get-go.

And then I went back to New York, and on a whim invited him out for a visit. So he came out for a week and, among other things, rode along in the cab with me for a shift, which was great. I moved back to Berlin six months later, and have been here ever since.

I’m still very much in love with Berlin, in a way that I haven’t been with any other city I’ve lived in.

Even though this isn’t a “food city”?

Well, whenever I’ve found myself in more upscale restaurants, I’ve been disappointed. So far I’ve never found anything particularly sublime or mind-blowing, and when I’m paying €30 to €50 – and I’m used to paying €10 – I think it should be pretty close to sublime.

But what’s interesting is that are all these young chefs are coming to Berlin, not only because it’s cheaper to open a restaurant, but also because there’s room for experimentation and the public isn’t quite as demanding.

Just this year, a handful of young experimental cooks have come to the city to try their luck, and we’re starting to see the development of a food consciousness. However, they are going up against the mentality that the most important thing is to be full for very little money. 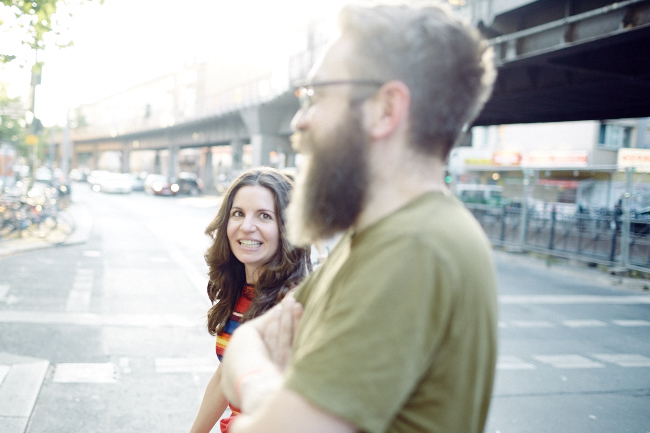 So what are your favourite places to eat in Berlin?

Well there’s this place, Leylak. I love how there are always people sitting around here and shooting the breeze. It’s nice, too, that a corner place has such good food.

My very first taxi adventure in Berlin was with a woman who moonlighted as a naturopath, and she loves Italian food. She told me about this place in Schöneberg called Muntagnola which looks really kitschy and touristy, with a menu in four languages and a sculpture of a fat chef by the door. But it’s owned by this family from Basilicata, who specialise in authentic dishes from that region.

Another taxi driver, who’s a part-time techno musician, took me to Balikci Ergun under the Tiergarten S-Bahn tracks. It started out a fish store, where the owner would make lunch for his family – until someone persuaded him to open a restaurant. It’s just like being at a fish bazaar in Istanbul – it’s really warm, and a lovely place to hang out. It’s a great, great place.

Then there’s the next place we’re going to, the Adana Grill-Haus, a tip from a taxi driver from that part of Turkey. Turkish cuisine is very complex, and every region has it’s own thing going on. I never would have discovered that on my own. 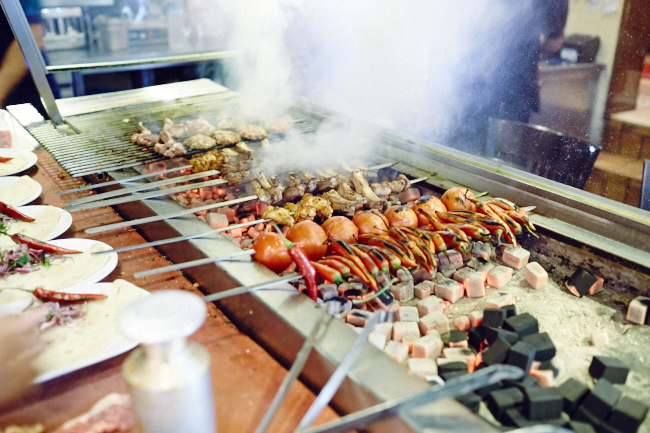 You’re about to go on a short tour of the US to promote your book, Driving Hungry. Do you plan to incorporate some taxi adventures into your trip?

Oh, absolutely. When I land somewhere, I feel overwhelmed. This is a way to cut through everything, and get to something democratic; something that someone has a relationship with.

I don’t feel really grounded in a place until I’ve had a conversation with a cab driver. 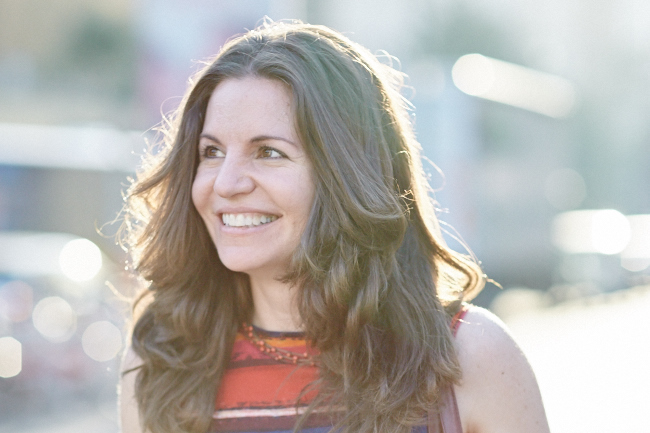