I admit that when James and I were weighing up the move from London to Berlin, the fact that we would be leaving one of the greatest shopping destinations in the world made me wobble a bit. Of course I would miss my family and friends but they could always visit me – Selfridges could not. Thankfully though, after living here a month, my concerns about Berlin shopping not being able to compare to London are fading fast. It may not have the sheer quantity and range London has, but it more than makes up for its smaller size by having some great independent boutiques, an emphasis on individuality rather than the UK’s throw-away fashion ideal and generally providing a much nicer shopping experience (I still have nightmares about Oxford Circus at Christmas time!).

A new discovery, which oozes this Berlin mentality, is the vintage store Colours. Selling clothes by the kilo, this warehouse does require much rifling through the rails, but your perseverance will pay off with a gem or two I promise. 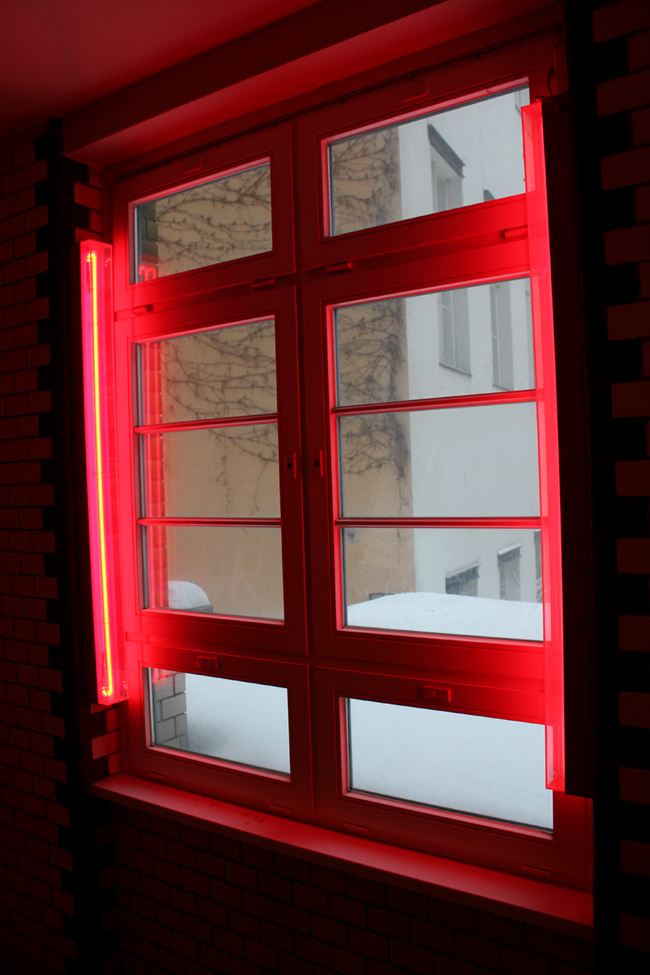 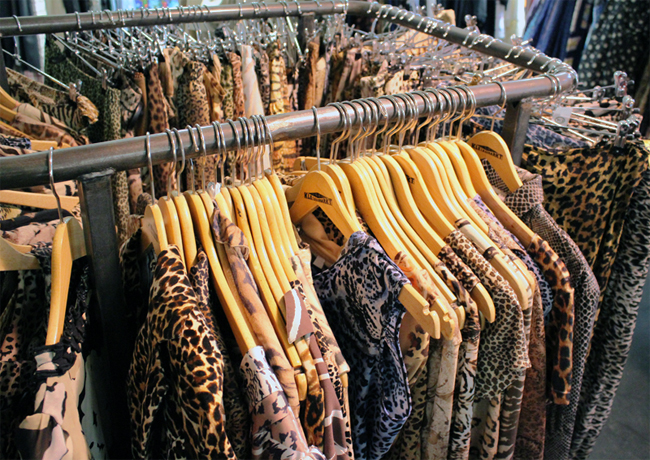 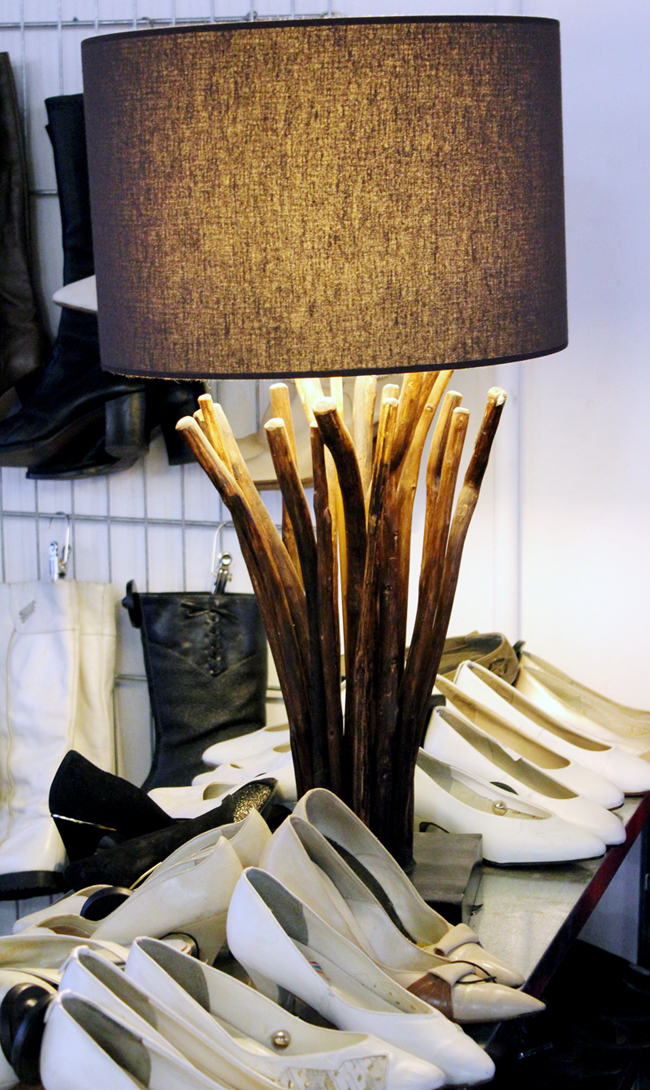 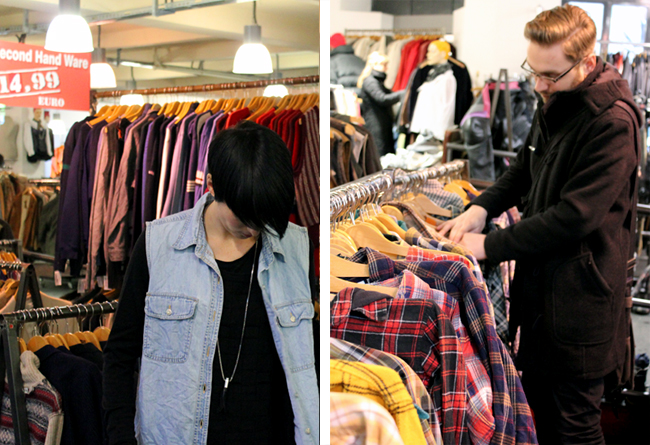 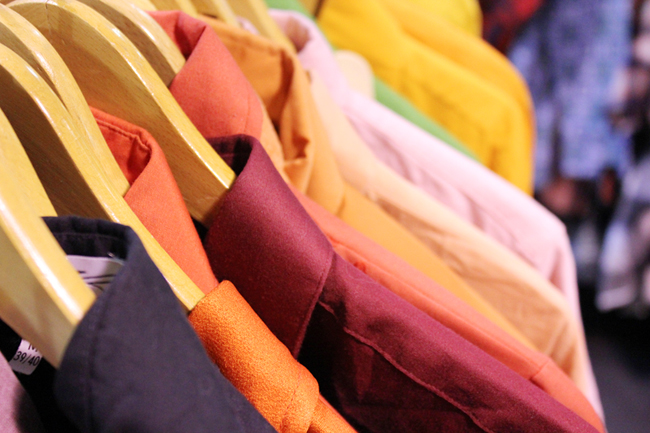 The Berlin of last night’s dream was a war zone, under siege from some unidentified force.

It was now, not then – not during the war we shouldn’t be mentioning – and it was the same city in which Zoë and I now live, but only recognisable in that twisted, transitory way of dreams. The ubiquitous graffiti was sprayed across foreign surfaces, and the now-familiar snow lay on hitherto unmapped streets. If it wasn’t for my narrator’s certainty that this was undoubtedly Berlin, I would have sworn it was Baghdad, pieced together from the grainy footage of a thousand news reports.

Despite our bewilderment at having been dropped into this situation without explanation, despite the language barrier feeling as tangible as the concrete walls of our barricade, as locals gave up the pretense of speaking English in favour of efficient communication with their comrades, Zoë and I seemed an integral part of some kind of resistance. What or who we were fighting against, we never found out, but trapped in that cold, starkly floodlit blockade, waiting for death, The Resistance felt all too real.

Rock n’ roll hairdressers on the edge of Görlitzer Park in Kreuzberg. The place exudes cool, from the monochrome decor with details inspired by the 20s and 30s, to the Tarantino-esque cherry picked vintage soundtrack, to the English-speaking tattooed chicks that run the joint. That’s me in the background, getting my dickhead quiff tightened up. You can’t tell, but co-owner Helena did an amazing job – check out their website to make your appointment now.

Don’t underestimate the power / Of the Berlin TV tower

When Zoë got me this lino- and woodcut set from RSVP for Christmas, I wanted to do a print of something iconic, something quintessentially Berlin. Naturally (predictably?), I chose the Fernsehturm – I know my linocut is rough and all, but hopefully you can tell that’s what it is! Next stop, woodcut – so watch this space… But if you want to see how it’s really done, check out Käthe Kollwitz, herself a Berlin icon.

Moving to Berlin with only the essentials (our cats and my shoes!) meant there was unfortunately no room for really useful things like skull candles, antler shot glasses and dead bovine cushions. With plans to move into one of Berlin’s MANY unfurnished apartments next time around, all my twisted interior design fantasies can finally come true! Sadly for James my tastes lean towards the morbid and macabre but what’s new there?