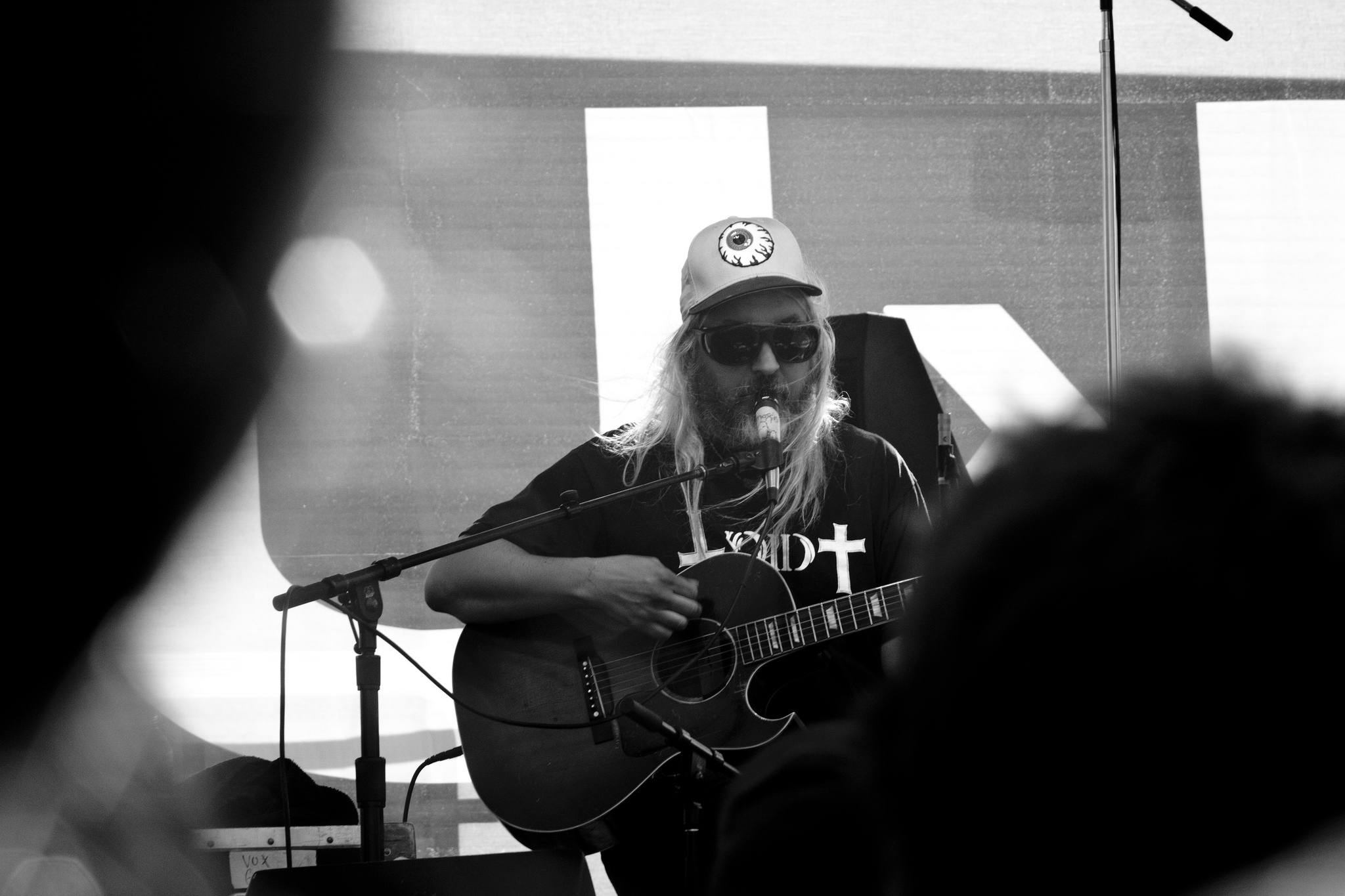 Of all the indie icons currently spending at least part of their time in Berlin, J Mascis has to be our personal favourite. As the creative nucleus of 90s alt rockers Dinosaur Jr, he was responsible for slacker anthems such as “Feel the Pain”, accompanied by this hilarious Spike Jonze video:

But more, much more than this, Mascis has spent the years between Dinosaur Jr records by expanding his repertoire – recording doom metal with Upsidedown Cross, stoner with Witch, and chilled out and heartfelt solo material. Like this year’s Tied to a Star, which yielded another LOL-tastic video, which you can watch over on Funny or Die’s YouTube channel.

Join us in celebrating Mascis’ return to Berlin, by picking up tickets to next week’s show at Lido. Welcome back, Space Angel!