“FOR FANS OF CROWBAR, MASTODON, ENTOMBED, DOWN”. Say no more, Pelagic Records!

Berlin’s Earthship have been cranking out “riffs taller than the mountains, backed by lyrics deeper than the sea” since 2010. Formed by Jan Oberg, a former drummer for The Ocean, the sludge rockers have had a revolving door lineup typical of Pelagic’s flagship project, with Jan’s wife replacing a bassist who “literally” disappeared(?), and Ocean founder Robin Staps leaving as his own band grew in popularity. Out now, third album Withered is a marked evolution in Earthship’s sound, a heady blend of stoner, doom and old school Swedish death metal they like to call “prog n’ roll”. Listen on Bandcamp, and check out the loopy lupine video for “Serpent Cult” below. Howwwwwwwwwwwwwwwl.

When it comes to progressive rock, Berlin label Pelagic Records absolutely kill it. The home of The Ocean, managed by band leader Robin Staps, also excel at creating beautiful, collectible editions of their roster’s music, as evidenced by “Supra” – the upcoming third album from dioramic. Have to a drool over the sexy vinyl version (below), pre-order it here, or just wait for the band to play Berlin around its launch date (12th September). Help yourself to some epicity! 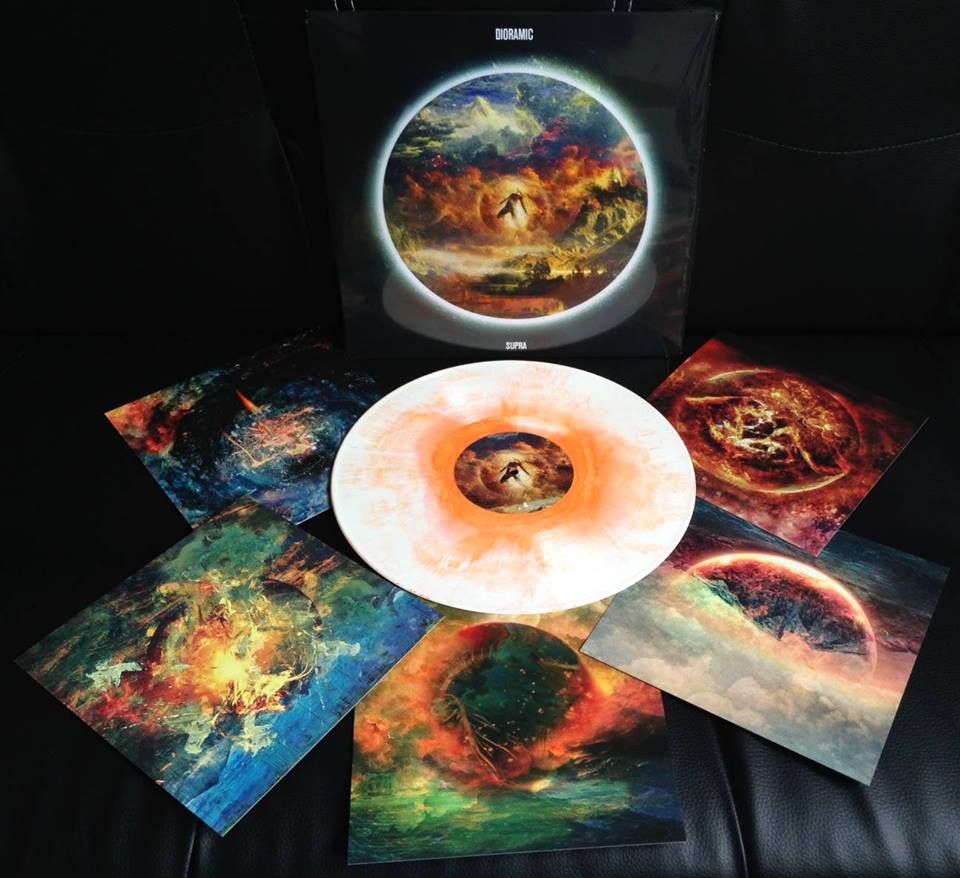 These submerged sludge-metallers are my musical discovery of the year so far: The Ocean. The Berlin-born experimental act recently shook C-Club to its core at their record company’s eponymous Pelagic Fest, even upstaging headliners Cult of Luna – no mean feat! Their challenging sonic brutality, conceptual commitment and obsession with the sea all call to mind Mastadon, while another lazy comparison would be art-alt-metal masters Tool – both of whom The Ocean easily match live. Seriously.

I’m not entirely sure which of the above men rocked my world, because the band’s revolving door lineup has so far featured at least 40 members since 2000, with the one constant being guitarist and songwriter Robin Staps (front and centre). But it was definitely the same group that tore apart Moscow’s Plan B in the video below. Take a deep breath – we’re going under.

Scheisse! We’ve barely had time to recover from the decadent sludge-gasm that was Desertfest before we once again don our capes for Pelagic Fest, an entire evening dedicated to pure European progessive metal.

On Friday May 10th, Berlin-based Pelagic Records are presenting the majority of their label roster on the same stage, banishing the clean spring air well into the night. Expect complicated riffage, virginal sacrifice and beer spilled all at the altar of Prog.

Among the acts appearing are hometown lads The Ocean, who are unleashing their fantastic shiny new sixth album Pelagial. An experimental metal album record around the layers of the sea… WAIT! Come back – this is a concept album for those who don’t like concept albums! Reminiscent of early Mastodon or Tool at their brightest, Pelagial is a strong contender for metal album of the year and a bonafide instant genre classic.

And just when you thought it was safe to go outside again, Sweden’s answer to tinnitus, Cult Of shitting Luna, are headlining in support of their new post-metal masterpiece, Vertikal. Not to be outdone by their Germanic peers, the album’s concept is heavily influenced by Fritz Lang’s 1927 film Metropolis and features themes of “machinery, repetition and clear, linear structures.” NERD ALERT!

HOW TO WIN 2 X GUESTLIST SPOTS FOR PELAGIC FEST AT C-CLUB ON 10TH MAY:

Santa Claus really has nothing on the kind gents at Pelagic who are giving away two pairs of tickets to this progmetal masterclass! To win just answer the following question:

If you could record a concept album about Berlin, what would it be called?

You have until 6pm on Saturday 4th May to enter. Good luck!

1. You must be 18 years or older to enter.
2. ONE ENTRY PER PERSON!
3. Our favourite 2 fake concept album titles win a pair of guestlist spots. Simple as.
4. Remember to include your full (real) name or we won’t be able to put you on the guestlist!
5. We will announced the winners via our Facebook page on Sunday 5th May.