Fucking tourists. Look at them – standing there in the bike lane, with a beer in each hand and a gormless grin on their face, oblivious to the bitter Berliners bearing down on them, piston legs powered by resentment and… is that… envy? They may be morons, but they seem so happy, like little children caught up in the wonderment of what is, for them, the biggest urban playground Europe has to offer.

Well, why should they have all the fun? After three years in the city, we figured we deserve a break from reality as much as any easyjetsetter. So we packed our tour guides into our “fanny packs” and set out to the city’s most obvious attractions, in order to pick up 25 tourist tricks to rediscovering Berlin. 6) …preferably, one powered by beer. After all, no one wants to be seen with you on that thing.

One hour and three transfers later, you’ll have successfully made it across Unter den Linden.

9) Get busted by BVG inspectors.

See how far you get with the line, “but I’m just a tourist…”

10) Get your photo taken with fake American soldiers… 12) Spend all day in the Sony Center.

There’s restaurants, a cinema AND DUNKIN’ DONUTS – why would you ever leave? 14) After resorting to withdrawing cash, treat your Euros like Monopoly money.

16) Drink a “beer” that looks like looks nuclear waste. For Burgermeister. For Berghain. For the bloody Reichstag.

19) Get knocked back from Berghain. Never understand why.

20) Be disappointed by the Berlin Wall. 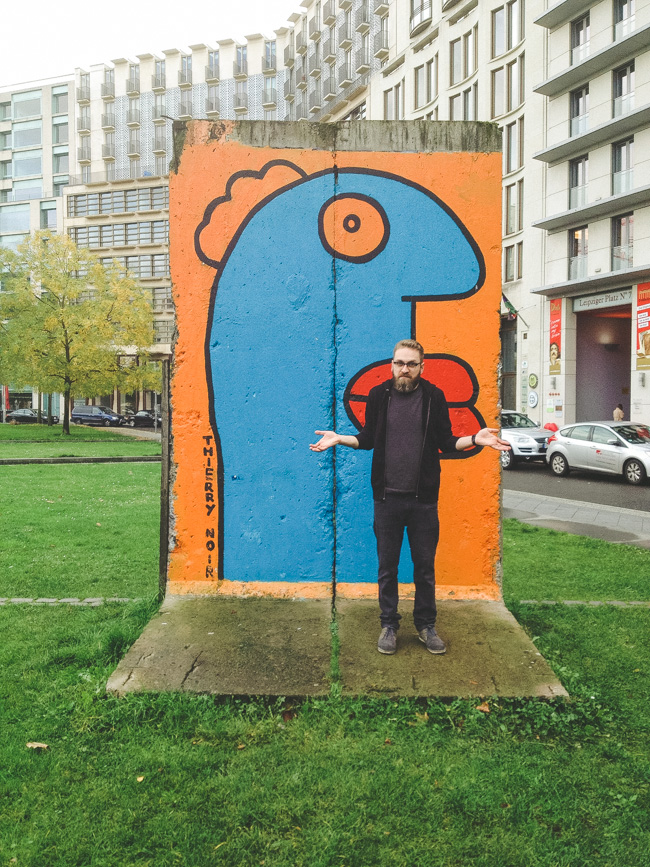 21) Marvel at street art as if it was the Sistine Chapel. 22) Act like a tit and treat the Memorial for the Murdered Jews of Europe like a jungle gym.