One of our first ways of bringing the überlin community to life was with our Berlin Burger Tour. The plan was to chomp our way across the city, make new friends, while at the same time settling that important question: where can you get Berlin’s best burger? It was a great idea, but we cut the tour short after just three evenings, as Zoë and myself went to The Bird – and we decided that we’d just eaten the best burgers in Berlin! The only problem? We had to go all the way up to Prenzlauer Berg to get them…

Well we have good news for all lazy burger fans who live south of Pberg – The Bird West is now open on Kottbusser Damm, on the border of Kreuzberg and Neukölln! Larger than the original American expat hangout, and much bigger, the new Bird was nonetheless packed when we first visited. Luckily, we managed to get seats at the bar, conveniently close to a broad selection of beers from the US, the rest of the world, and even back home (Brew Dog FTW). A psychic chef surprised us with what we were planning to order anyway – a succulent beast of a burger topped with bacon and cheddar (The Filthy Harry) and an immaculate fillet steak, both accompanied by a epic stacks of perfectly-crisped fries. The New York cheesecake that followed was both totally uncalled for, and an absolute treat.

If you’ve been to The Bird East, you know what to expect from their Western outpost. If you’ve never been to either location, you’ll probably feel like you’re stepping onto American soil when you walk through the door – a sensation supported by the food, the buzzing atmosphere, the excellent customer service… everything about the place. We’ll leave the investigative reporting to Stil in Berlin and declare the Bird our favourite burger in Berlin, and our favourite environment in which to enjoy it.

What WHEEL himself describes as “music for contemplative listening, relaxation and dancing, inspired by nature, history and wandering” sounds to these old ears like a cross between primitive acid house, Howie B-style trip hop and the interstitials between Pink Floyd tracks. I recommend you start with MOON WHEEL’s Boiler Room set, before digging into his Berlin Community Radio show, The Journey. Full deets about this curious artist can be found at moonwheel.org. Enjoy your trip.

The Olympus OM-D: Photography Playground is back! Compared to last year’s edition (see our review here), the new Playground is less edgy and more family-friendly, which is either good or bad news, depending on whether you have or hate kids. The exceptions are three exhibitions in stark monochrome that use light, sound and material to fantastic effect – whether by creating an HR Giger-esque organic/industrial sculpture, or a sonic strobe-scape with as much impact as Amon Tobin’s 3D live show.

My personal highlight was local artist Clemens Behr’s fragile, fractured installation, pieced together with the materials of the Opernwerkstätten site – a thoughtful work of impressive scale. We totally recommend a (free!) visit, at a time when the place is less likely to be crowded, when you can spend all the time you like immersed in disorientating, photogenic installations. Click here to get all the details.

[Edit: if you want to borrow a free Olympus camera, don’t forget to take your passport and Anmeldebestätigung!] 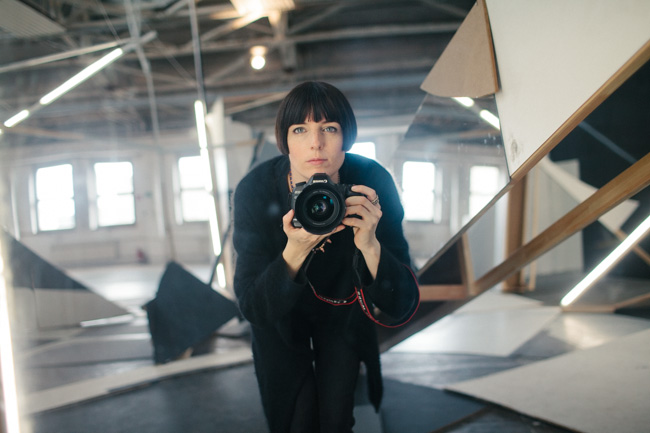 Oum Shatt are weird. I mean, just look at them. And that name – is it short for “oh, um, I shat myself”? Not that I’m complaining, because a touch of oddness usually helps when it comes to creating weird and wonderful music. Especially if you’re a German trio experimenting with minimal rock n’ roll sprinkled with Arabic influences.

We like the Berlin band’s own description best: “A bit of Ricky Nelson with a moustache. Or Ian Curtis naked in Cairo, half past three in the morning.” And we love Swiss producer Kalabrese’s remix of “Power To The Women Of The Morning Shift “, which sounds like the kind of idiosyncratic psycho disco that Andy Weatherall would use to kick off a set. Get your ears around this!

La Ultima Cena is a special place. A taste of Mexican authenticity in a city dominated by Tex Mex joints, a shining cultural light glowing among the sex shops and Möbel sellers of Urbanstrasse, a bar/eatery/exhibition space/venue for experimental, industrial music – there’s simply nothing else like it in Berlin.

The founders of La Ultima Cena, meaning “The Last Supper”, have taken inspiration from both the Catholic symbolism and the street life of their home countries of Mexico and Spain, and created a totally unique space. In the front room, decorated in gold and concrete and traditional plastic tablecloths, the food is free – paid for, and washed down with, Corona and tequila, mescal and killer black shots with chillies in. Behind this, a cluster of exhibition spaces show video art and darkly ritual installations, and host the odd musical performance.

La Ultima Cena is an edgy, night-or-day night alternative to the more chilled out spots in neighbouring Graefekiez. We can’t wait to take visitors there in summer to show just how weird and wonderful Berlin can be. ¡Salud! 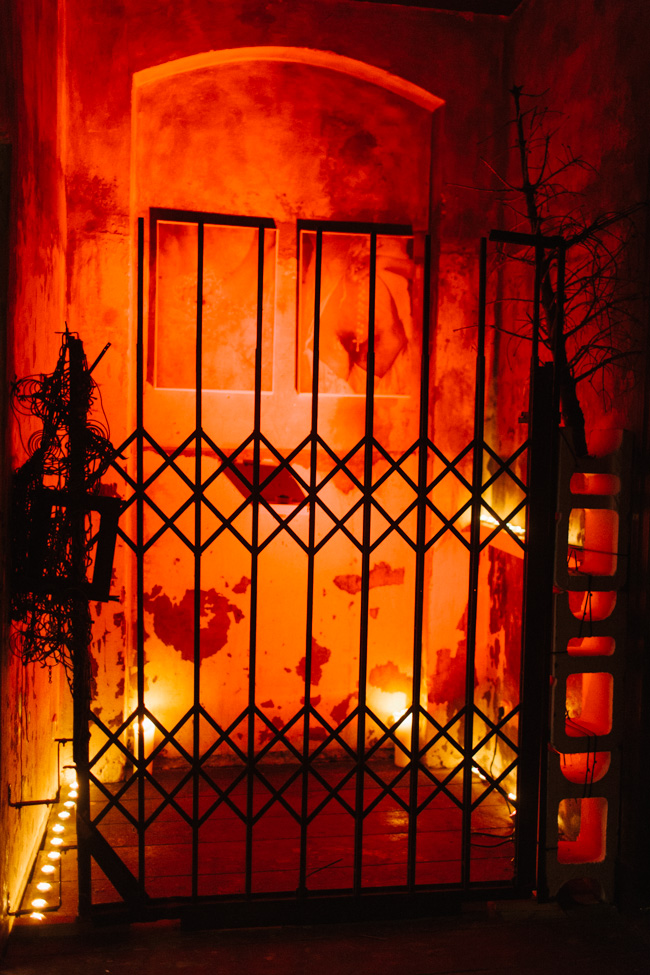 Another year, another slew of great albums celebrating ten (and twenty) years of existence and making us feel really, really old. But one took us totally by surprise as it still sounds like it was made yesterday; the incredible debut album from 65daysofstatic, The Fall Of Math. 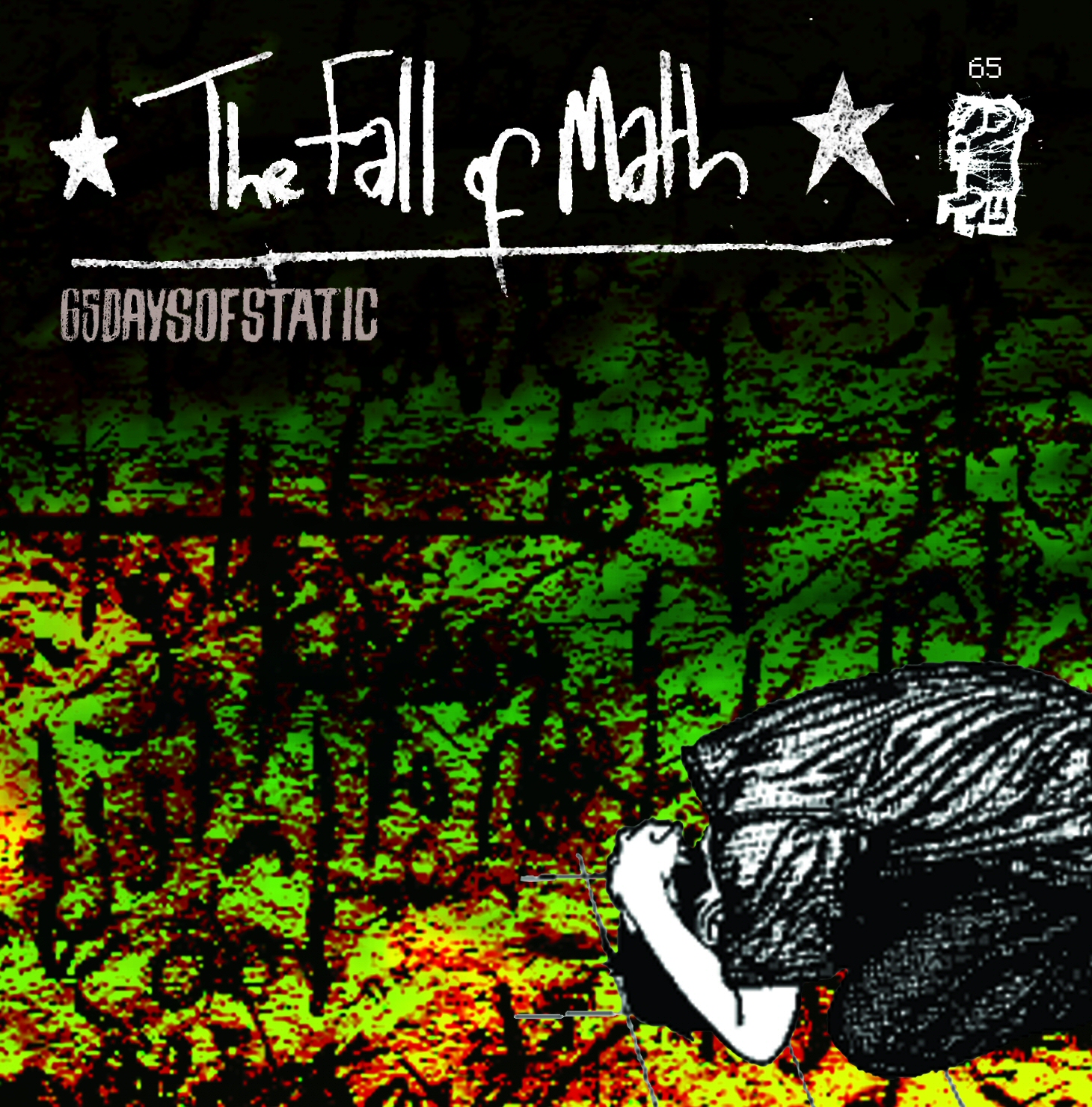 The Sheffield four piece* are commemorating in style this spring by playing the album in its entirety across Europe. And, as if that wasn’t enough, they will follow this with a second set of songs selected from the remainder (math!) of their extensive discography. Stuff like:

Joining 65dos on tour are fellow guitar pedal abusers Thought Forms. Having recently signed to Invada Records, this scuzz rock trio have just released a split with Esben And The Witch, ahead of a third album proper this year.

*Why are all the bands we like from The North™?!