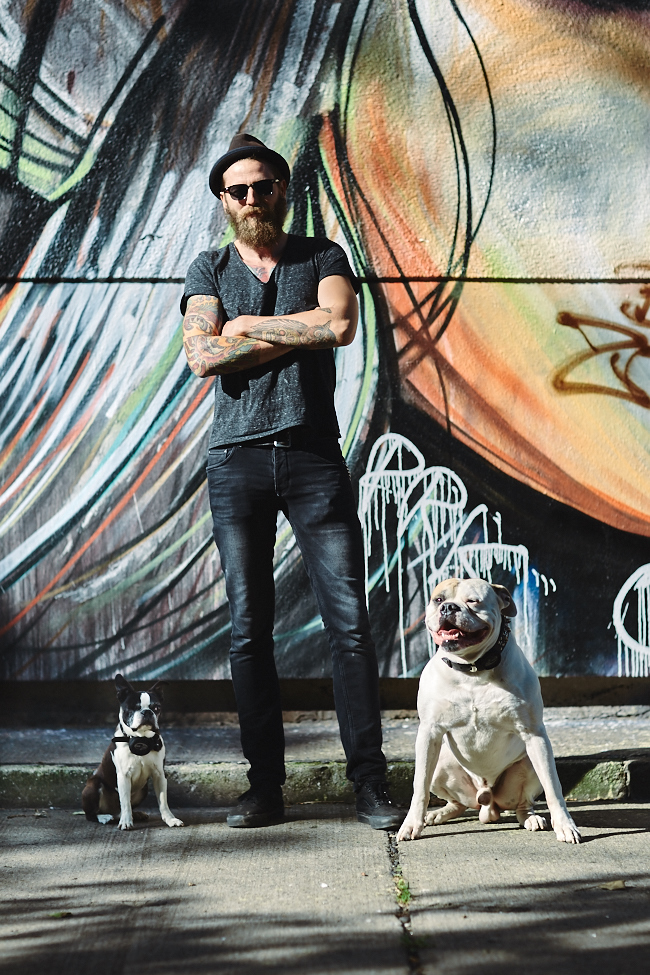 “Bully (the Boston Terrier) will be ten in December. He’s a veteran – if he was able to write a book, he would. He’s been dognapped, hit by a car, lost an eye, and he’s been travelling with me through Europe, fighting with the street dogs. He’s a cool guy.

He’s also proof that dogs can be autistic. He’s clever, and lives in his own world. He’s not interested in other dogs, he just wants to be with his toys – and he knows them all by name. He’s like Rainman!

Butch (a 5 year old American Bulldog) is more strong than clever, but they have a very special relationship. He always backs up his buddy in a fight, which just means that Bully is always like, “nyah, this guy’s got my back.” So we have some issues to work on, but luckily I’ve just started studying caninology and I’m also a dog trainer!” 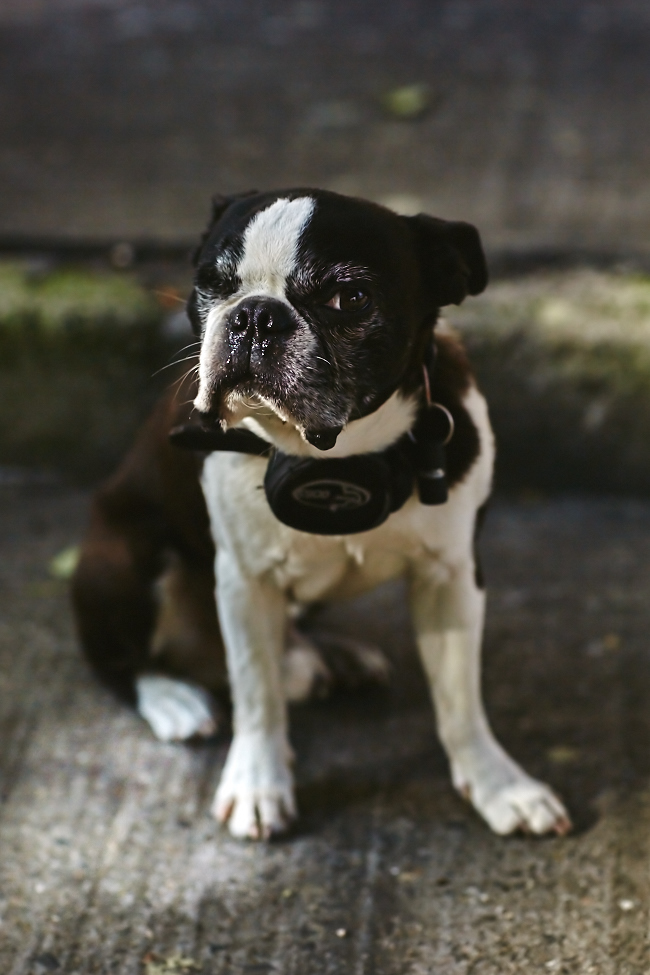 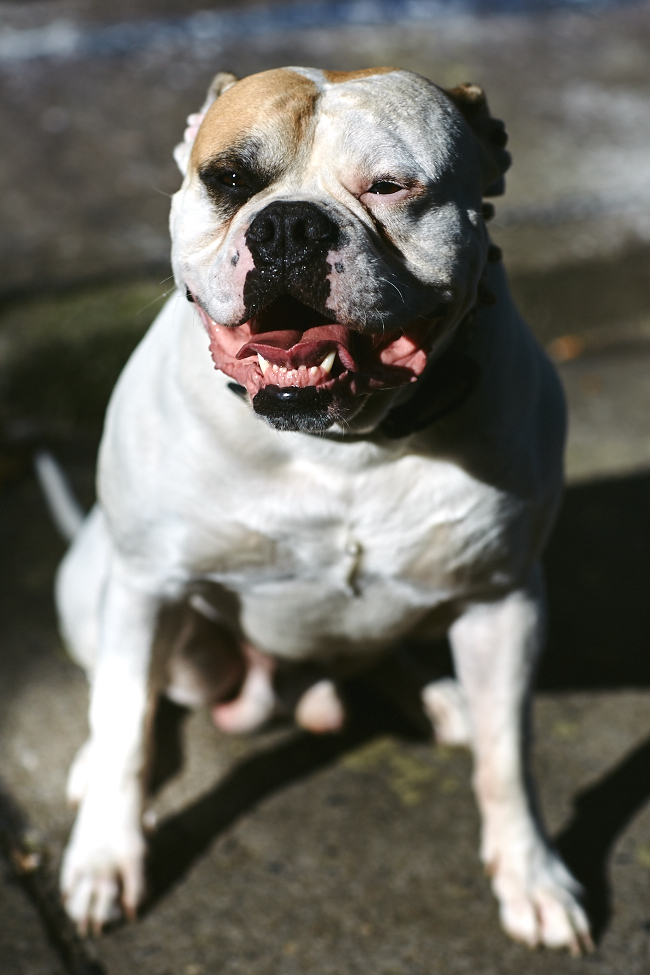 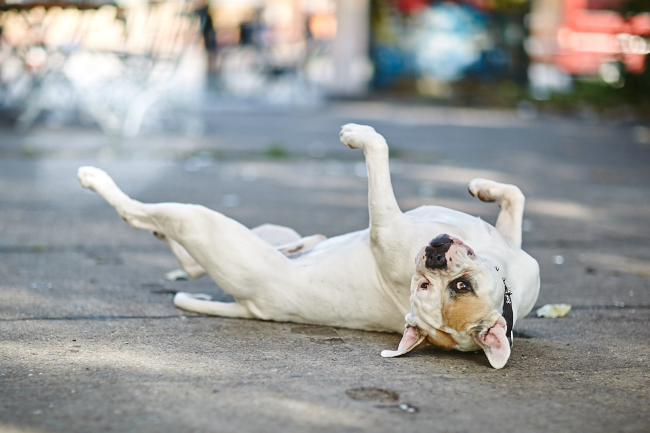