Cabaret is one of my all-time favourite films – with great songs, beautiful outfits and of course its Berlin setting, how could I not love it?! But the piece de resistance has to be main character Sally Bowles’ er, bowl cut. A jet black frame for those enormous eyes, it immediately sets her apart as one seriously cool gal. Slicking it back and wearing a bowler hat and suspenders, she juxtaposes the masculine with the feminine perfectly – and no one else could rock a widow’s peak and get away with it. Sigh.

Since we moved to Berlin, my wife Zoë and I have talked about all the things we miss about England. Our joint list includes decent curry, online grocery shopping, not having to pay for everything by cash – oh and of course all our friends and family (you guys!). But here’s where I lose her: I miss the hipsters. More specifically, I miss our hipsters – that breed of try-hard unique to our former hood of East London, now known as “dickheads” since this slice of genius ironiclasm:

Of course, I moaned about them often enough. They pushed up our rent (because the gentrification of Hackney had nothing to do with us) and turned our pubs into venues for tiresome pose-offs. In summer they laid claim to our local park (London Fields, featured in that video) as a makeshift festival ground – the site of Cockstock 2010. As we got older, they got younger, each successive wave rediscovering a cultural heritage that reached back to bumbags and hi-tops but somehow skipped the cold shower that was Nathan Barley.

What dickheads. But still, our dickheads. When this video did the rounds last year, it made me LOL until I cried, but it also made me swell with pride. Because, as it looped on the laptops around the agency where I worked, I could see all these “self-facilitating media nodes” making mental notes: fashion tips, career goals, an idea for their fifth blog (I know, I know…) But they didn’t live where I lived, and they hadn’t seen what I’d seen.

Zoë and I always did well (we thought) at staying just the right side of the line of fashion faux pas – but we couldn’t have done it without all those other dickheads prancing about on the other side of the line, getting their epic beards caught in the spokes of their vintage steampunk fixed-gears. While this Guardian blog massively overstates the role of E8 hipsters as “agents of social change”, it contains a kernel of truth: we need hipsters to make us look less gay by comparison. Especially me.

As I’ve bemoaned before, Berlin doesn’t have proper dickheads of its own. The fashionistas actually dress well (understated, minimal, monochrome), the regular folk are practically invisible and the only people taking style “risks” are actually just adopting the uniform of whatever subculture they belong to – punk, gay, rave-hippie, homeless (what do you mean, they don’t have a choice? I’ve seen them – layering, accessorising…)

I mean, it’s Fashion Week here, and you wouldn’t know it unless you happened by the tiny pocket of pricks who have pretty much all flown in from East London anyway. But you can bet my old neighbourhood is swarming with twats. And, were I there with them, I’d be love-hating every last one of them.

[EDIT: In a typically cyclical small-blogosphere turn of events, Phoebe from Pamflet has written an article in defence of hipsters, with a similar sentiment – but much more research and thought – and linked to this post. So I’m returning the favour – read what a real writer has to say after the jump.]

Pergamonmuseum in Close Up 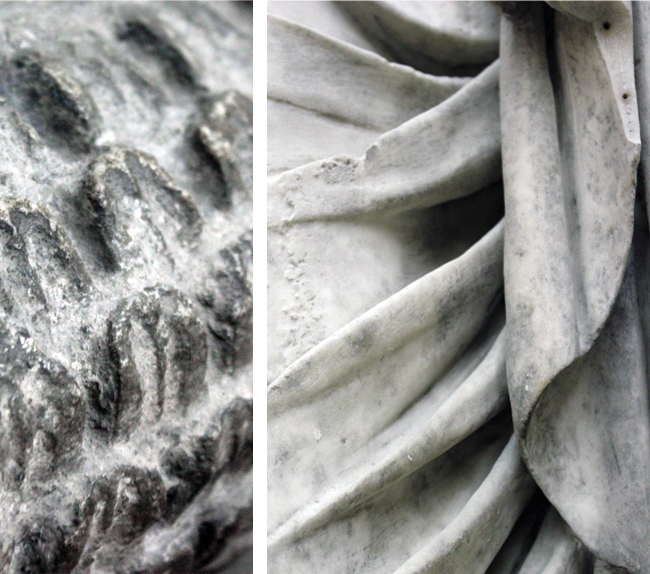 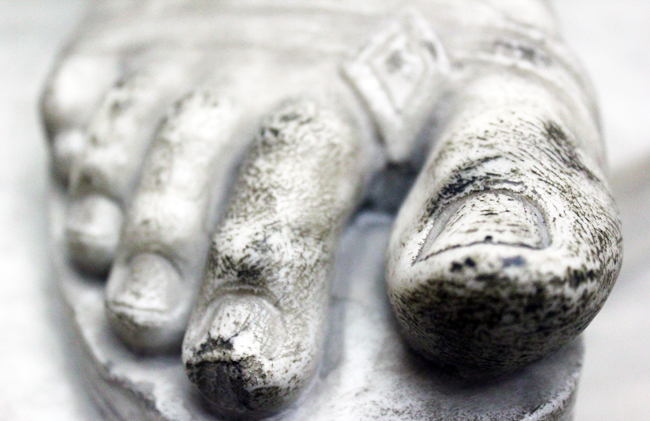 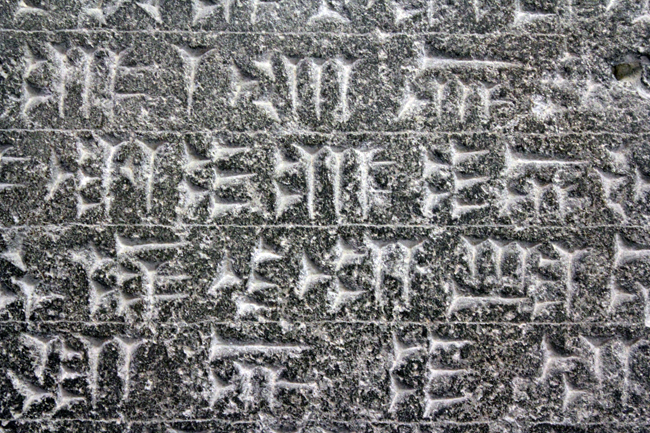 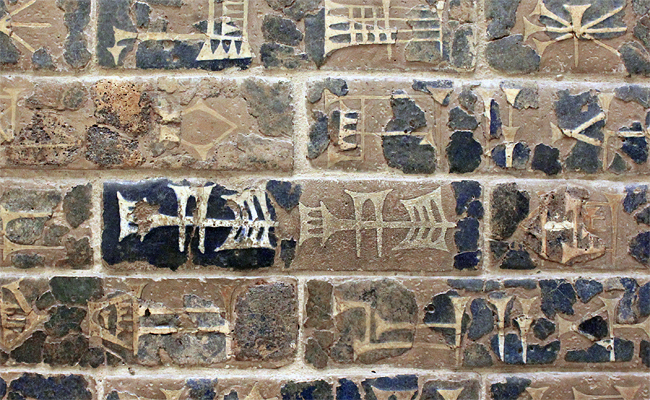 Brunch being the most important meal of the day for us, we’ve been on a quest to find the best in Berlin. Thankfully our search may be over after visiting Chipps, a recommendation from our friends at Slow Travel Berlin. The slogan “Serious Eating” raised our expectations, but we both breathed a sigh of relief stepping through the doors a few weeks ago. The place looks and smells like the kitchen of our dreams with shiny sufaces galore, wafts of freshly brewed coffee, homebaked bread and sweet sizzling bacon. The menu doesn’t disappoint, with aptly-named dishes like “Bed Head” (eggs Benedict), “The Perfect Gentleman” (Full English) and “Sugar Daddy” (pancakes with maple syrup), and you can even create your own fantasy breakfast from their “Heaven” and “Hell” section if you want to feel special. We have now vowed to go every weekend until we have tasted everything on the menu so we may be gaining some excess pounds in the next few weeks! 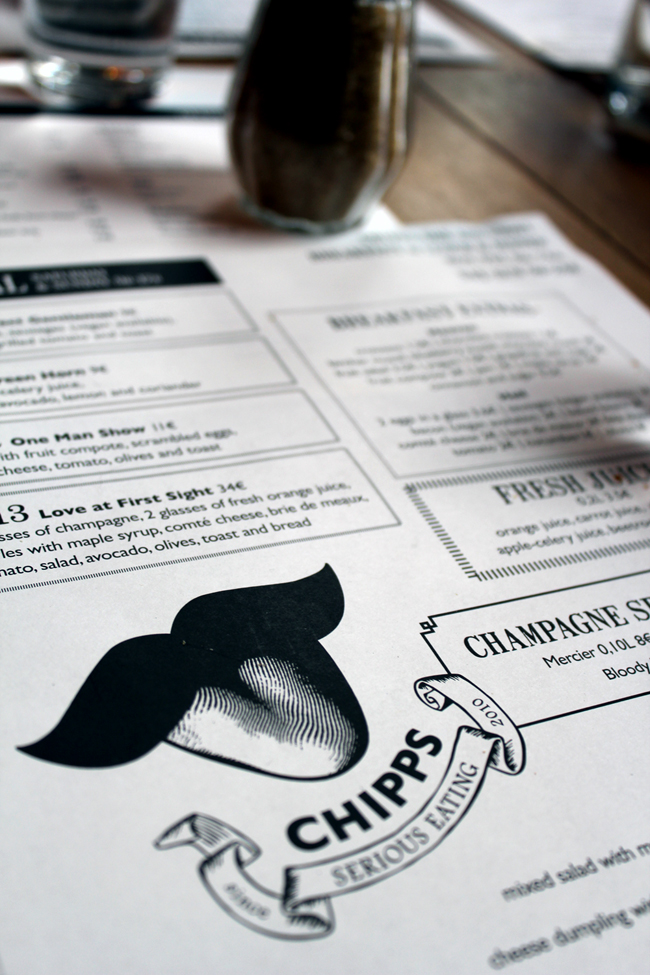 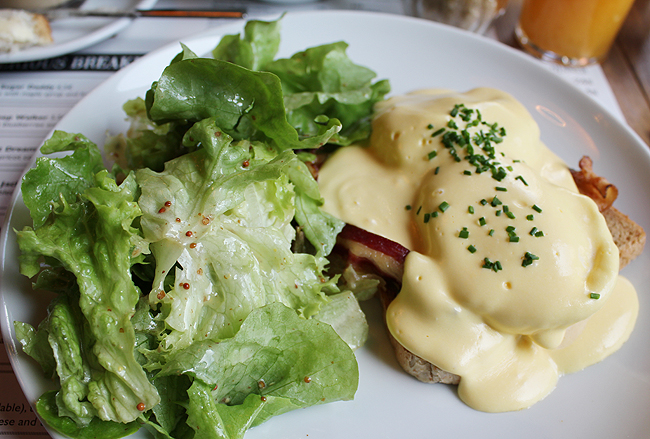 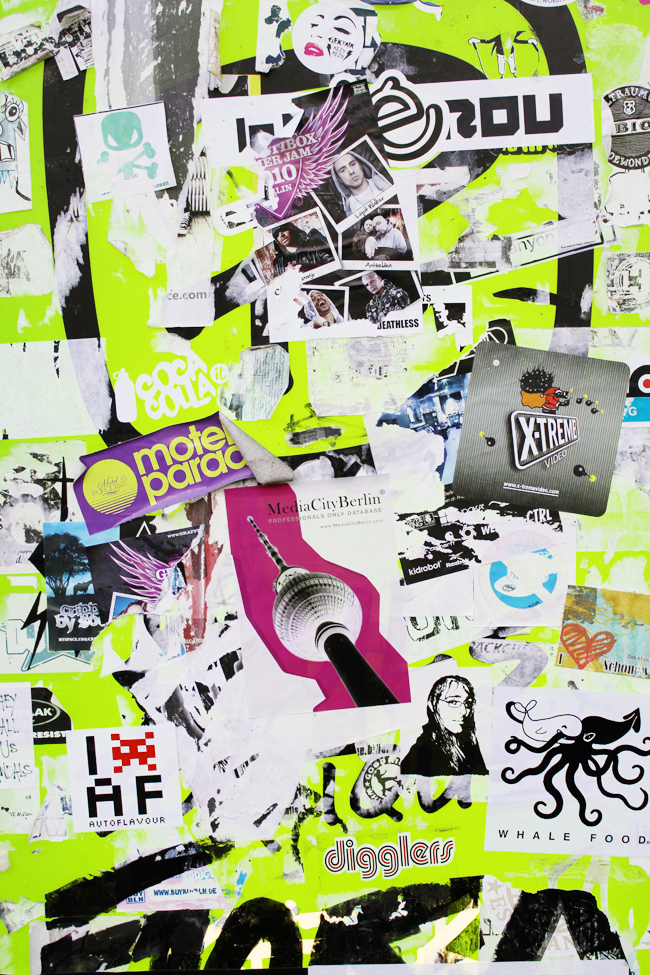