Former Iraqi Embassy to the GDR

Words and images by Danilo Sierra. 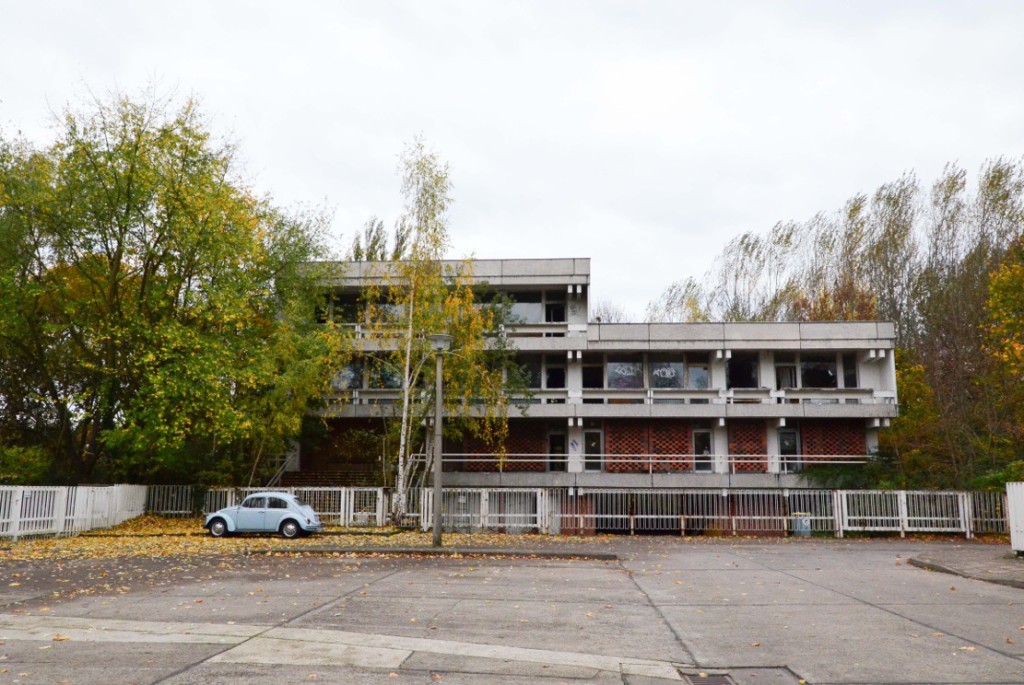 Abandoned in 1990, this diplomatic haunted house is a treasure chest of urban art and architecture. Official papers lie illuminated only with the visitors’ flashes and the scarce light that trespasses its cracks. In a residential area of Pankow which is said to be the home of major diplomats of the former East Germany, the abandoned Iraqi Embassy to the GDR is a delightful and spooky place to visit. Obviously, Abandoned Berlin has the embassy pretty well covered, and awesome photos can also be seen on Finding Berlin. 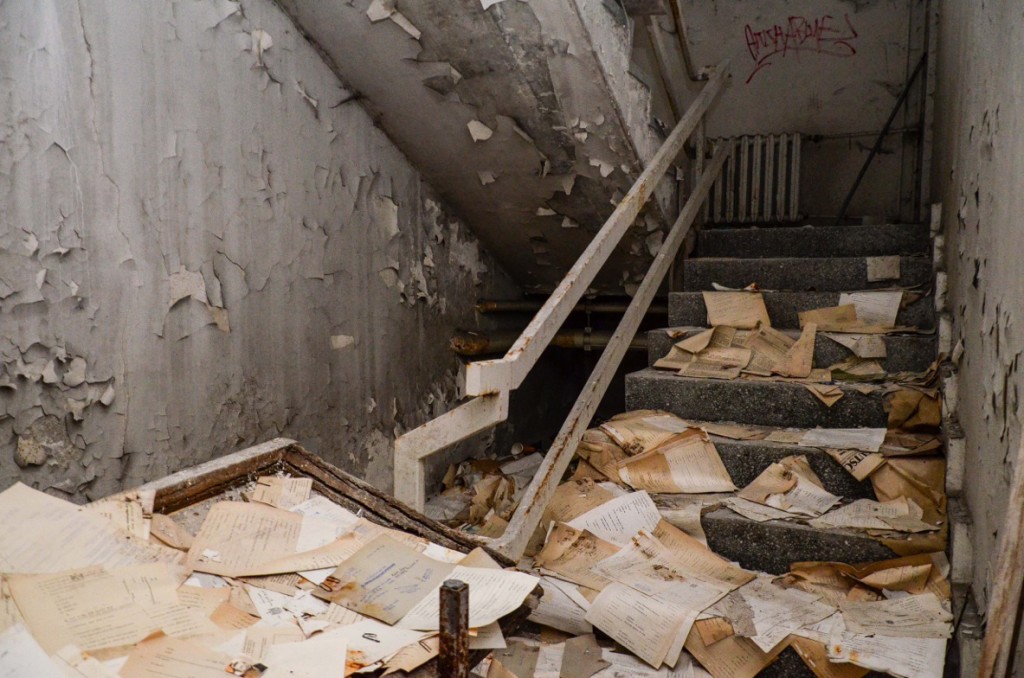 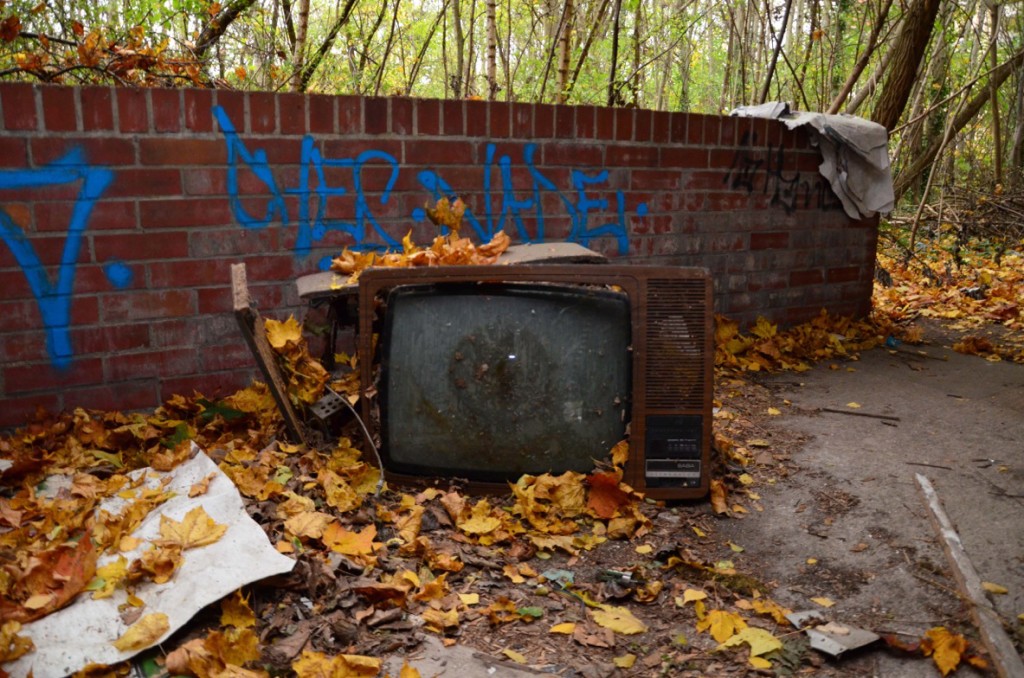 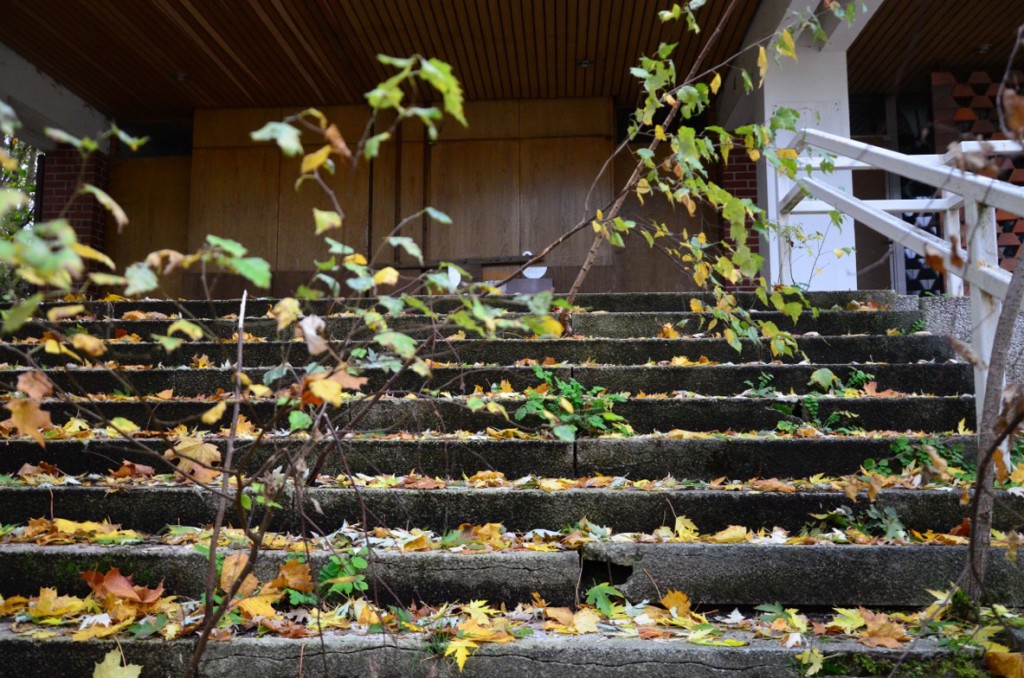 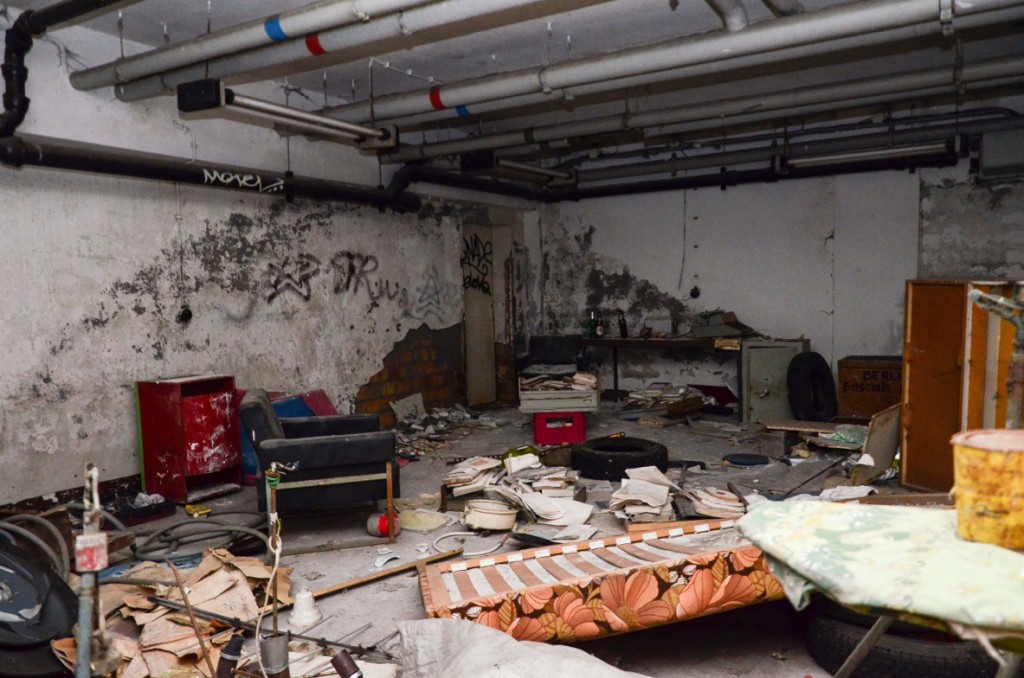 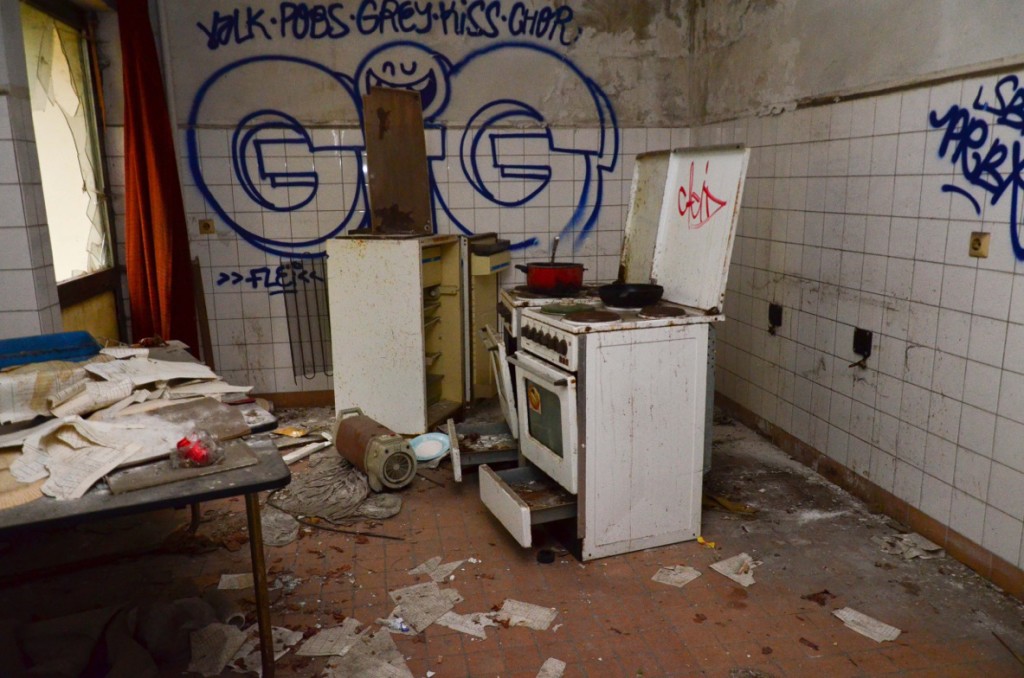 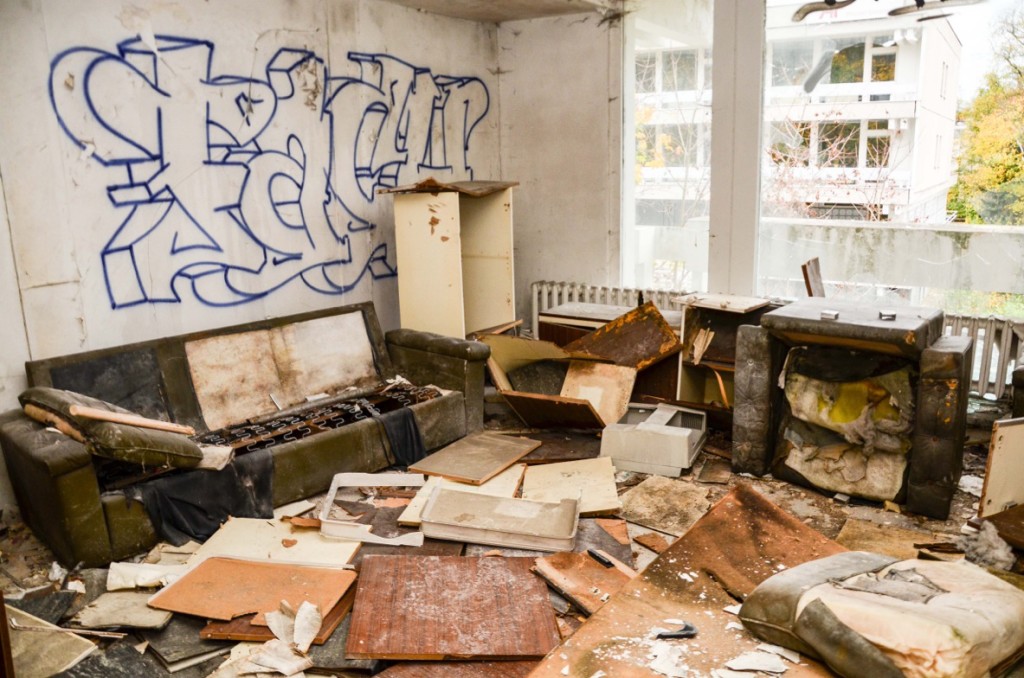 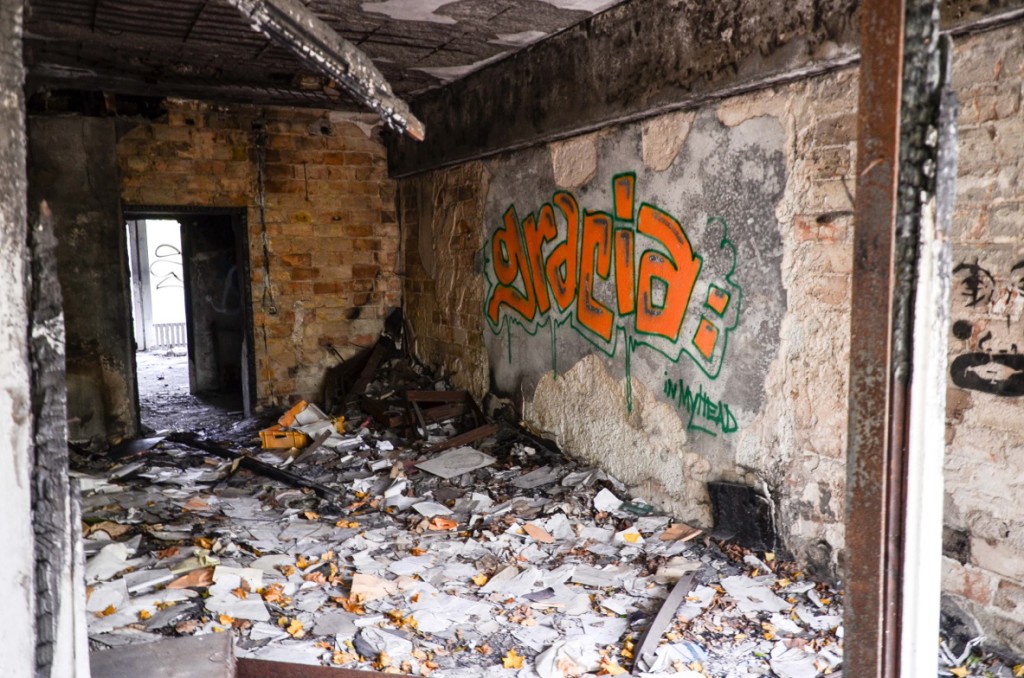 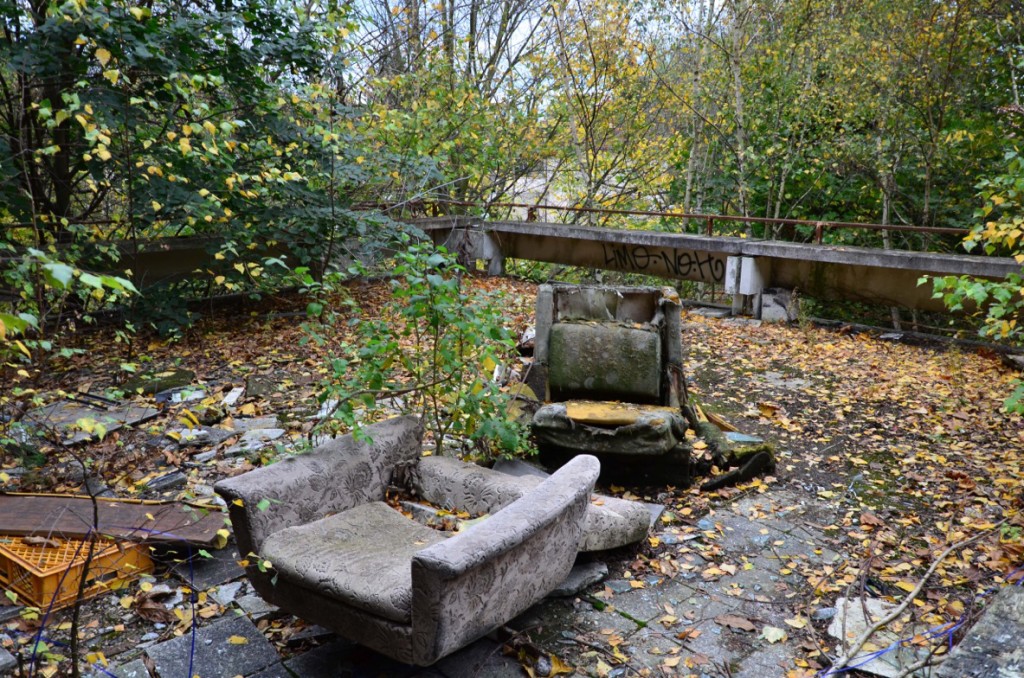 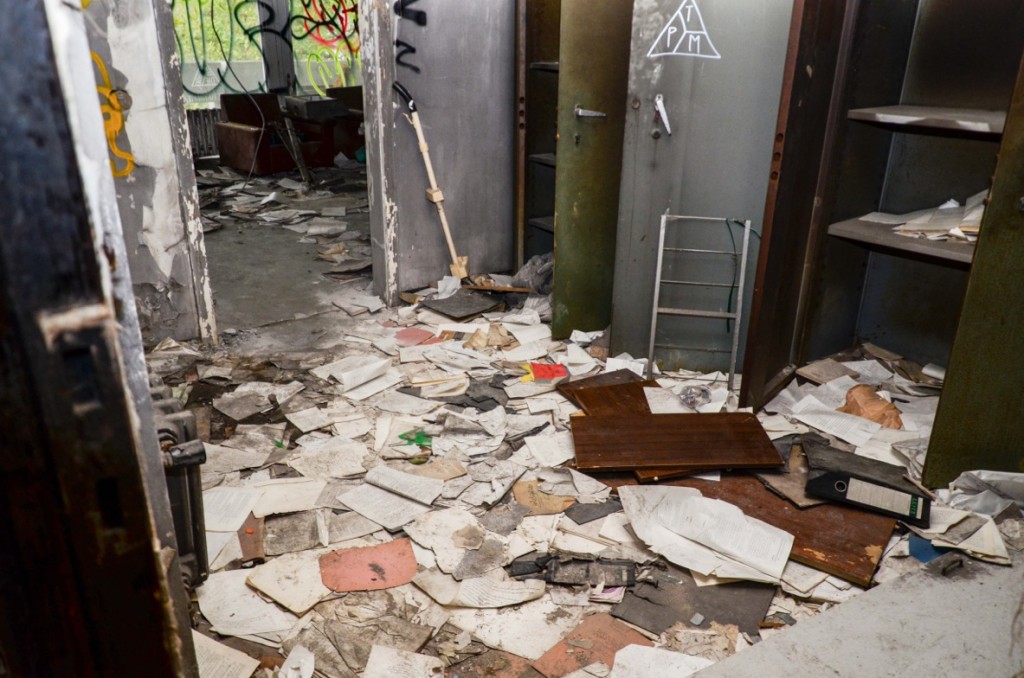 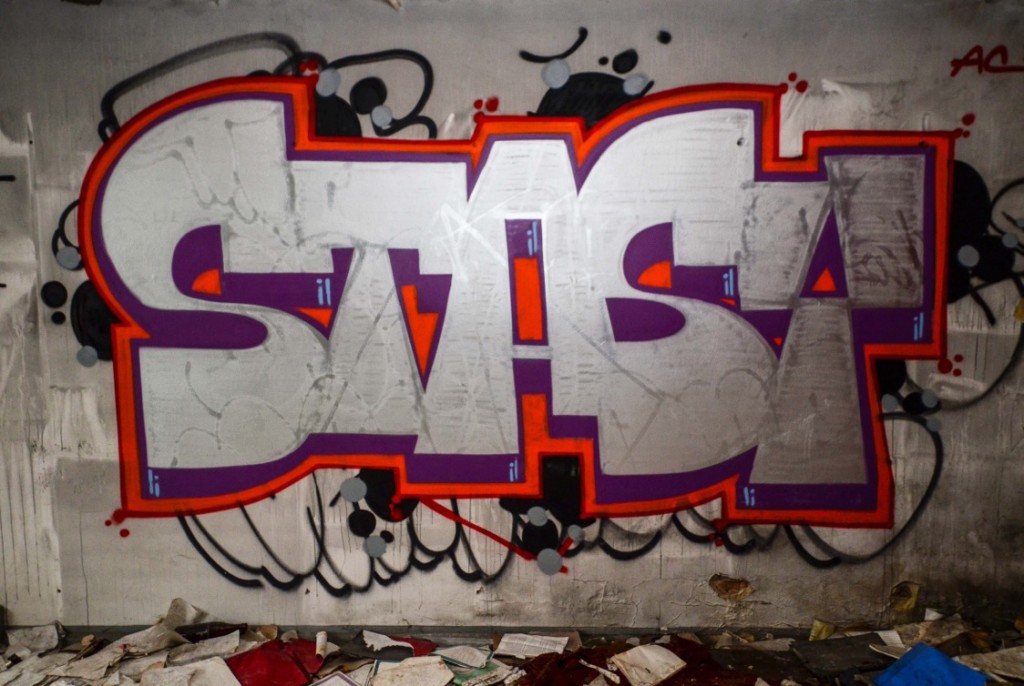 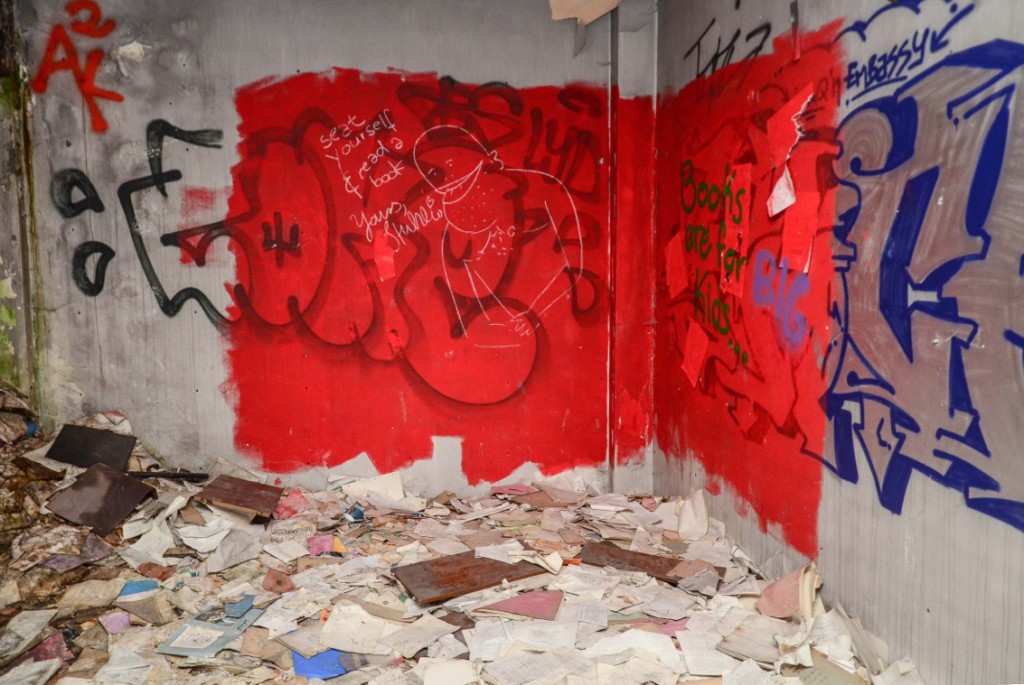 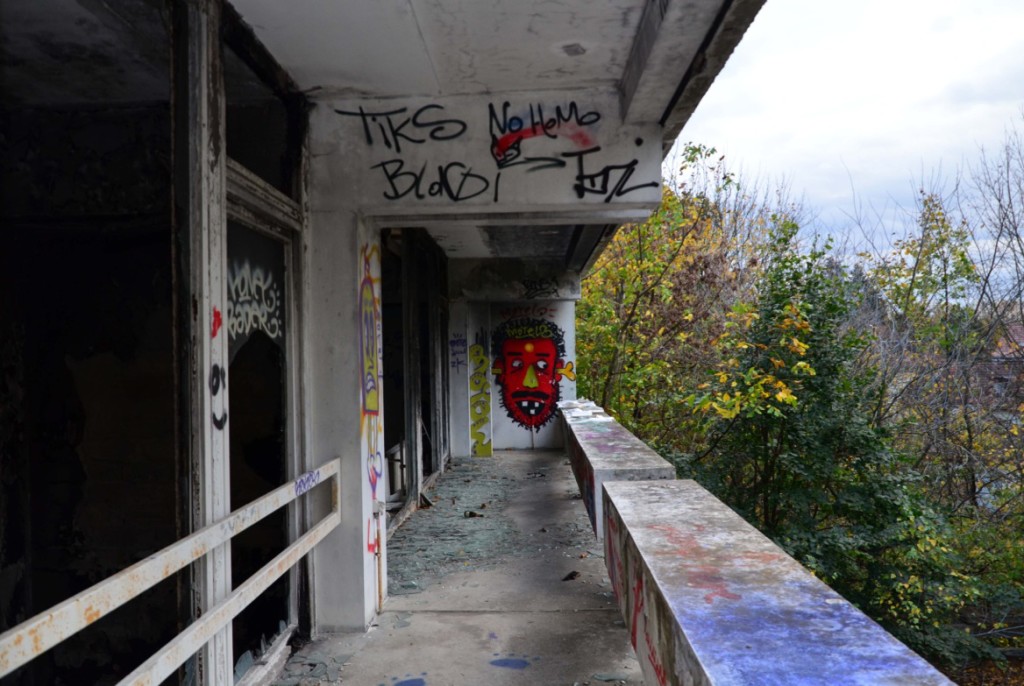 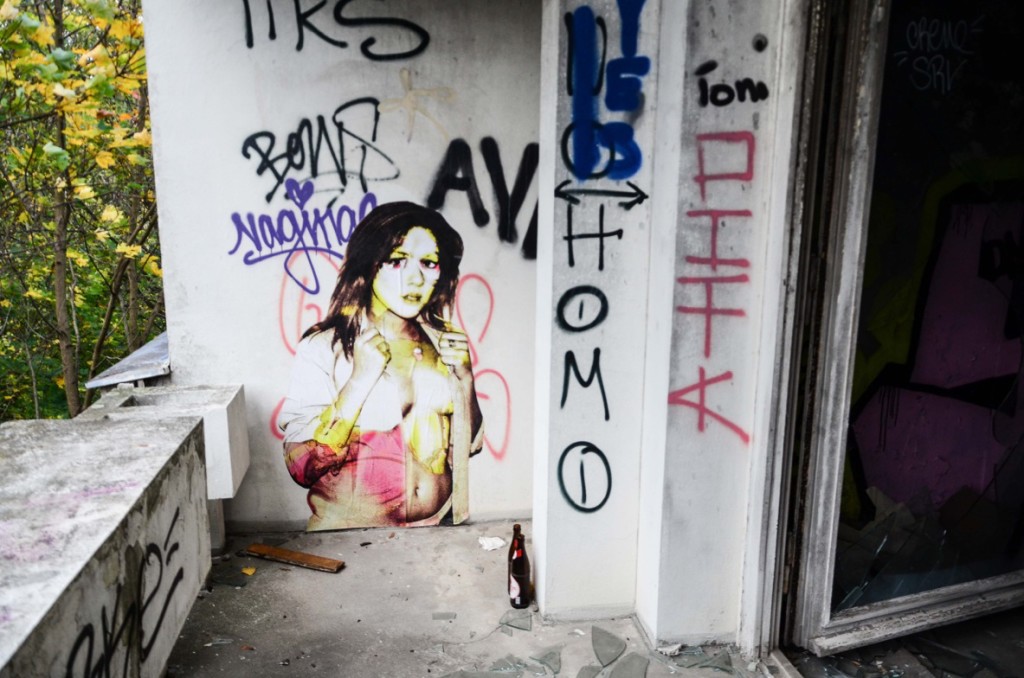 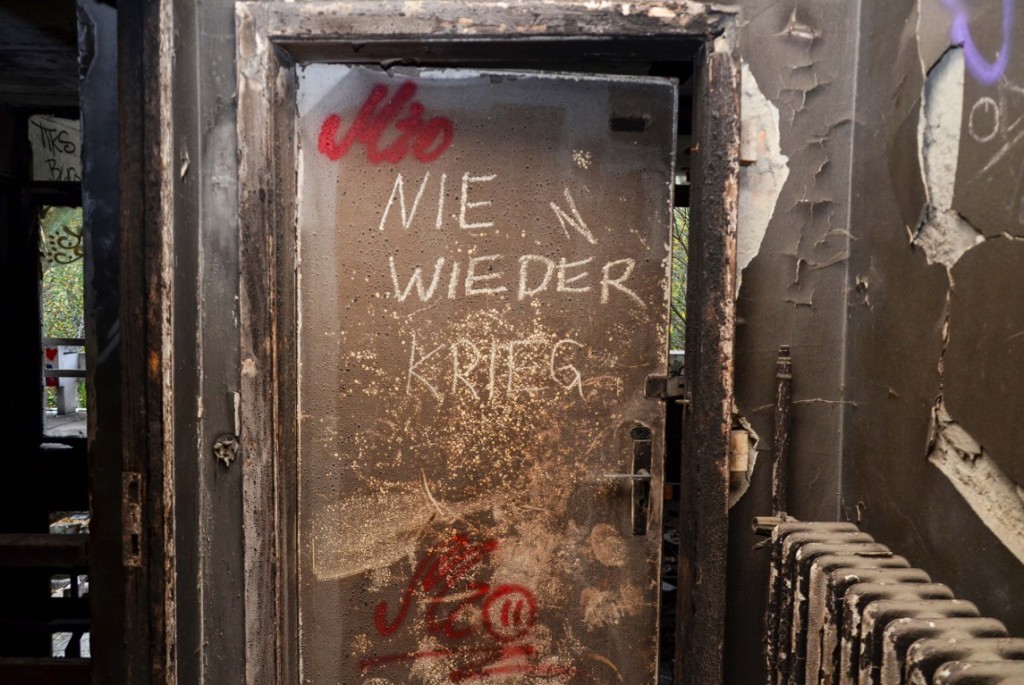 Next week überlin shall continue its slow decline into being the grumpy old gits at the back of the venue during the very first Vans Warped Tour date in Berlin!

Scroll down to pick up a pair of free tickets, or keep it locked for our list of five bands you really need to see!

It’s a close call between these Aussie metalcore gods and the next band for the most bum wee expelled in anticipation. Parkway are celebrating ten years of colossal beatdowns and, um, surfing, so prepare yourself for what will probably be the biggest moshpit/brodown of all time.

Probably the most sore thumb band of the day will inevitably be one of the most memorable. Simply put, there are not enough good rap rock bands on this planet and RDGLDGRN (Red Gold Green) are here to rectify that. And some guy called Dave Grohl (?) played drums on their debut album…

Did we mention Enter Shikari? Because Crossfaith are like them, only from Japan. They have a song called “Jägerbomb”. Make of that what you will.

Last on our list is an actual pop-punk band playing a pop-punk festival called The Wonder Years. They’re big favourites of ours so we’re mega pumped to hear their refreshing brand of melodic rock songs about touring, girls and “keeping it real”. POP PUNK AIN’T DEAD!

HOW TO WIN 2 X TICKETS FOR THE VANS WARPED TOUR AT ARENA ON 9TH NOVEMBER:

Ready to join the kids in the pit? Just answer this question in the comments below:

Which band are you most looking forward to?

You have until 6pm on Sunday 3rd November. Good luck!

1. You must be at least 18 years old to enter.
2. ONE ENTRY PER PERSON!
3. We will keep a record of each comment in a database and then a random number generator picks the winner.
4. Remember to include your full (real) name or we won’t be able to put you on the guestlist!
5. We will announced the winners via our Facebook page on Monday 4th November.

Right now, I’m heavy into East Berlin’s queen of post-punk, Nina Hagen – particularly her 1982 masterpiece Nunsexmonkrock. Listen to the album in full below, or read this great Dangerous Minds article about “The greatest (and weirdest) unsung masterpiece of the postpunk era”. 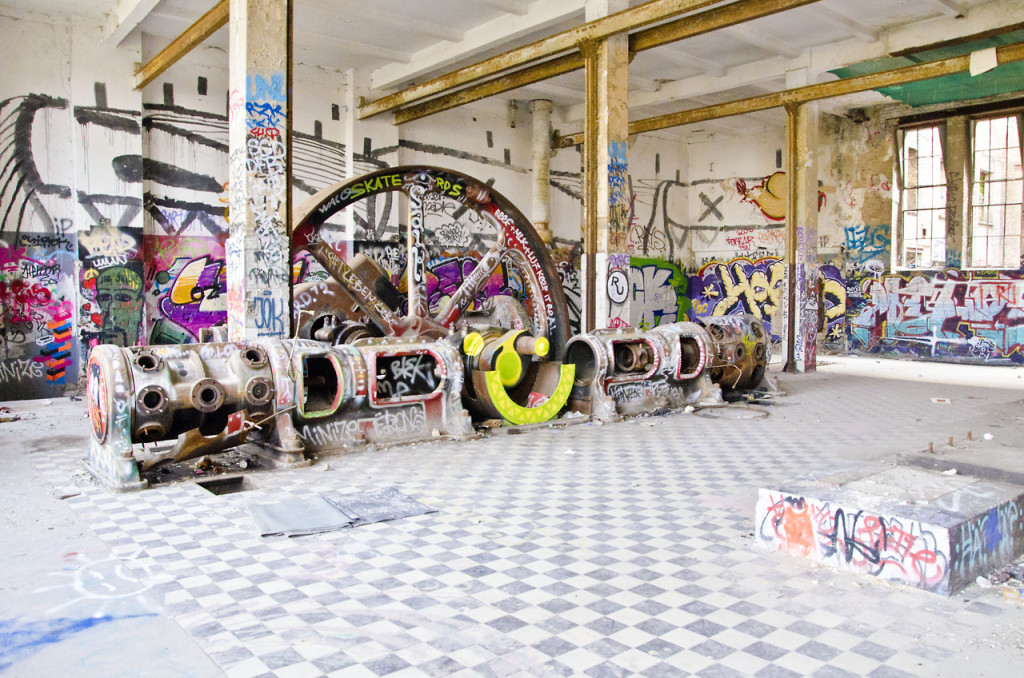 Did you know that Berlin is full of abandoned buildings covered in awesome graffiti? No? Well in that case, you will be AMAZED by Eisfabrik Berlin, the colourful deserted ice factory sitting on the Spree. As ever, you should check out Abandoned Berlin for the facts, history and other such information – and visit the blog of photographer Danilo Sierra for more great snaps. 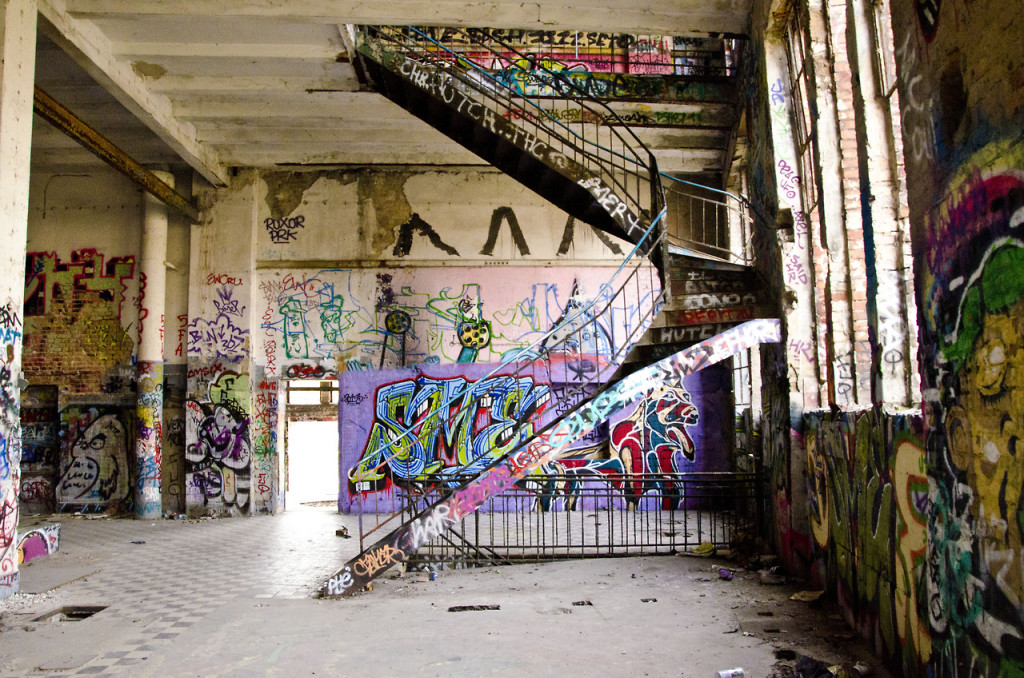 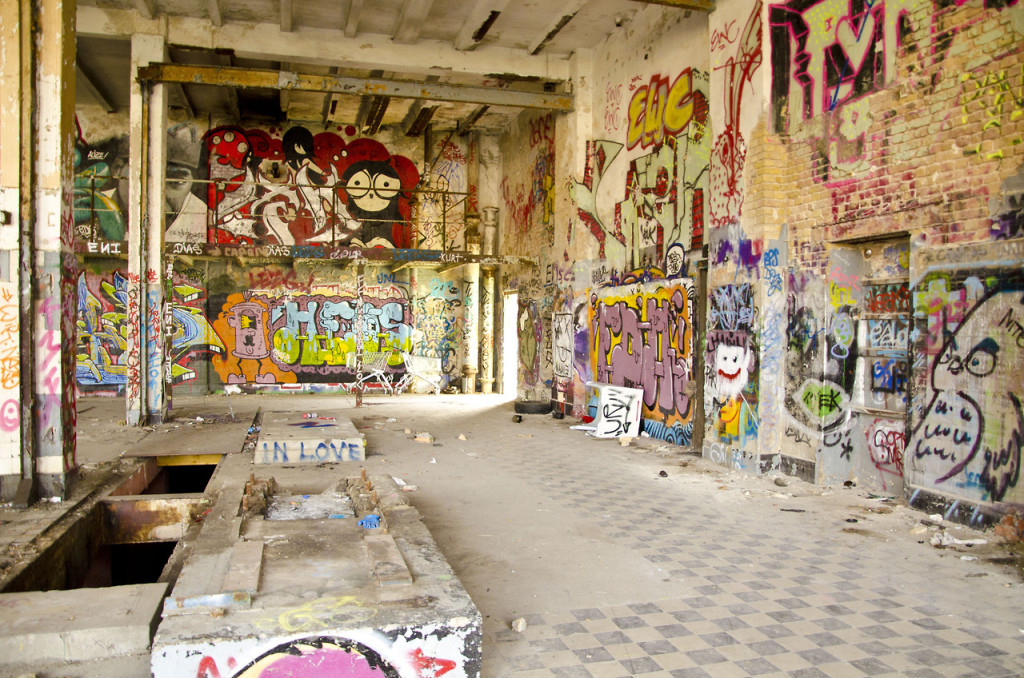 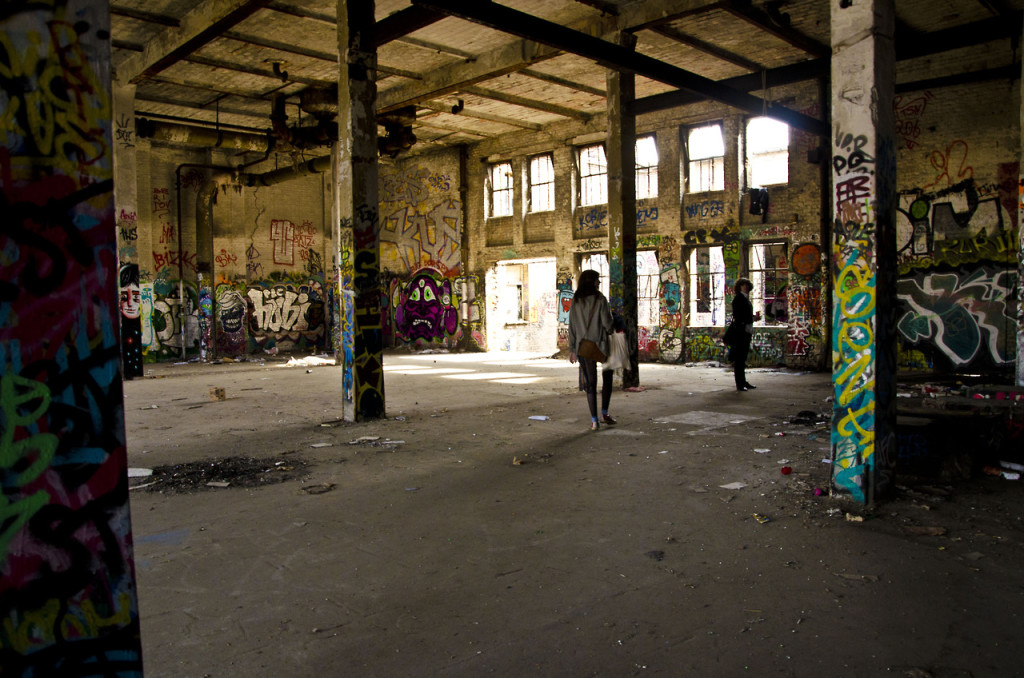 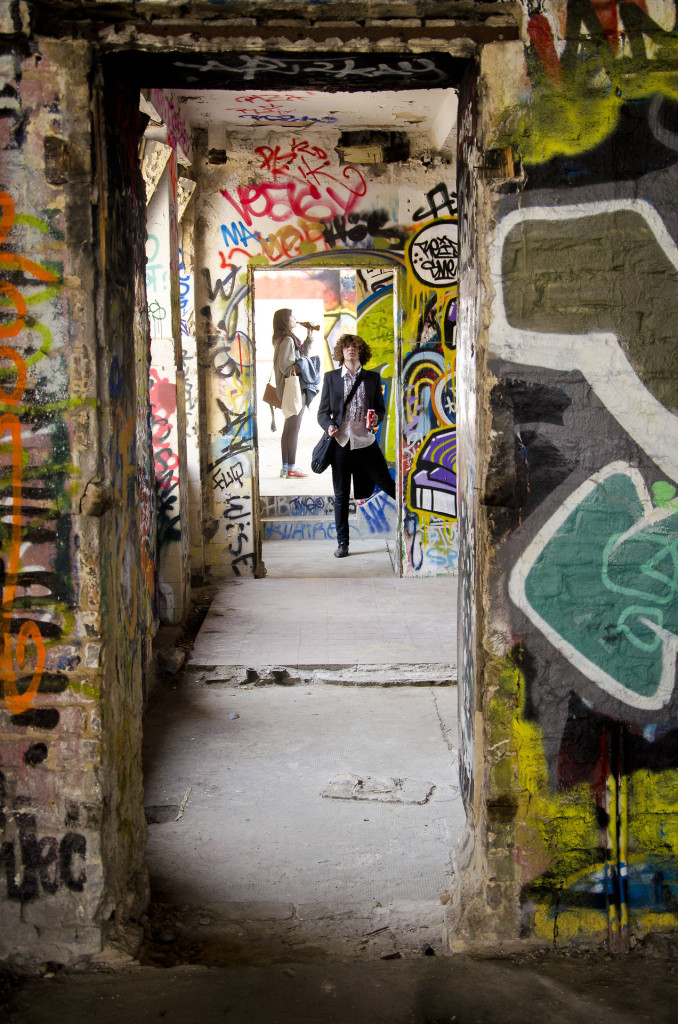 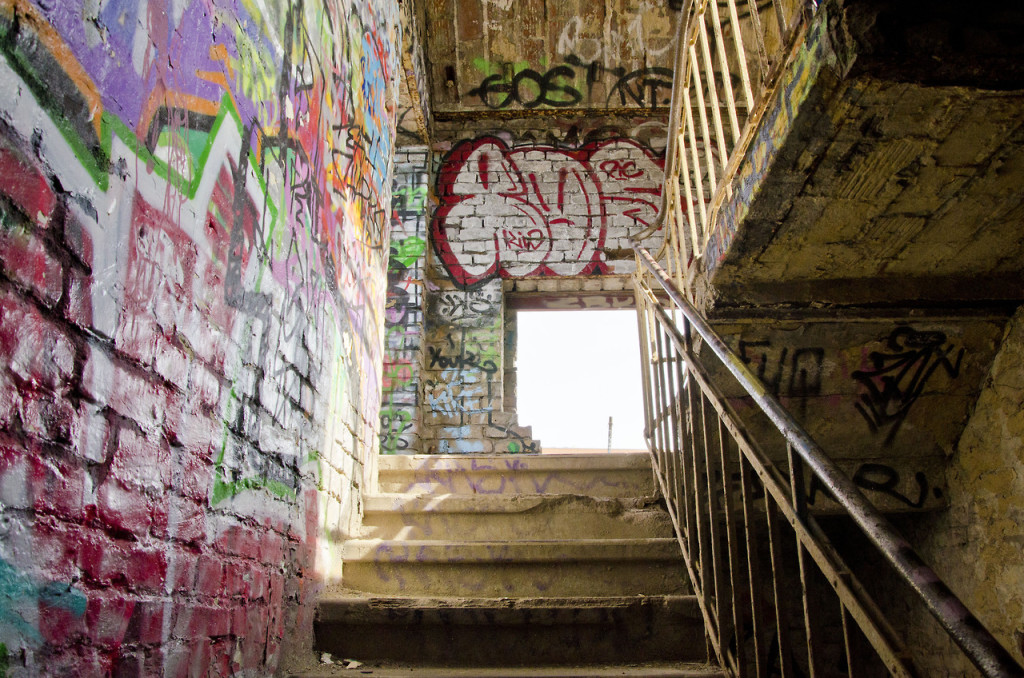 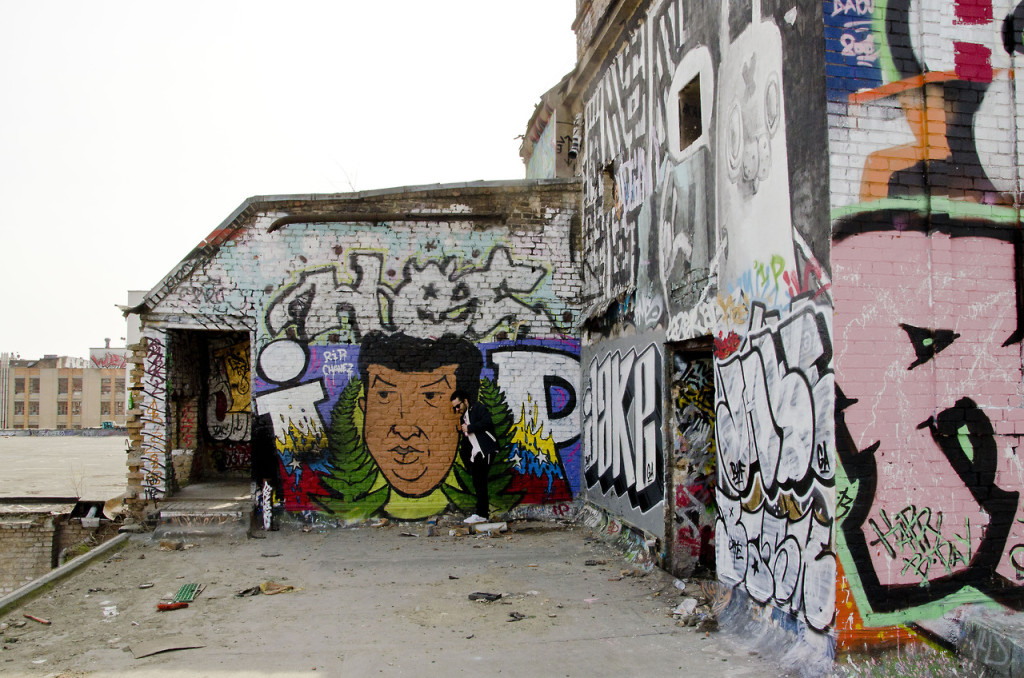 Berlin: Love it or leave it

Sick of all those expats complaining about how Berlin is “so over”? So is Hannah Graves, the writer of this heartfelt article, and snapper of the accompanying – hipster friendly ???? – photos. Quit whining and read on…

Last week I stood outside a tiny bar in Milan. It has a basement, which has become one of the last places in the city to put on small gigs. Talk turned to Berlin and, something I hear a lot these days, how it “used to be amazing.” Hang on just one moment my Milanese friends…

You’re standing there telling me how Berlin is “so ten years ago”, while drinking a plastic cup of beer that cost you five Euros? FIVE EUROS?! I’m not going to try and brew the very brilliance of Berlin down to the cost of a beer, but this makes me laugh. I’m tired of being told that I missed the party, or worse, that I’m one of the reasons why the party’s finally over.

Every day my Facebook feed is filled with embittered articles posted by expat friends that attempt to evaluate exactly why Berlin is no longer the creative, cost-effective centre of liberal attitudes and quality living that it used to be. I read, I yawn, and I wonder what it must be like to fall so out of love with a place that clearly used to inspire so much in these people. 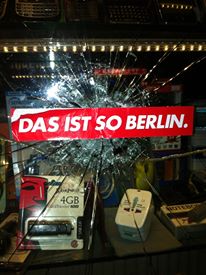 These articles read like letters to a lost lover, one that moved on and left the writer feeling, well, left behind. “Berlin, how could you, what happened to you? Why are you spending time with these hipsters, with their money and haircuts? You’ve changed Berlin, you’ve changed. Well I’ve moved on too”. Only they haven’t. Clearly they haven’t. They watch the city grow and evolve and they obviously resent it. The advice I’d give any of these disenfranchised expats? Move with the times or move on.

If you arrived in Berlin at a time when rents were much cheaper, and you felt like you had a monopoly on the place because you were part of a tiny minority brave enough to move here, then Bravo and Hooray for you. If in your mind you partied here as a pioneer ten years ago but don’t want to now, don’t go blaming Berlin for changing – when, over a decade, it’s pretty certain that you changed too.

I KNOW I’ve only been in Berlin for a year, but I’ve been through the intoxicating effect this city can have and already come out the other side. Admittedly it’s not all amazing all of the time. Berlin isn’t without its problems, and I can understand the importance of being aware of the wider socio-economic impact certain changes are having on the city and the people that live in it. I just don’t feel the need to let it influence my individual experience of the place to the extent that I’d encourage others not to follow me here. That’s not my hipster expat ignorance – it’s my commitment to making the best life I can for myself in an environment unlike any other I’ve personally experienced.

Many seem to argue that therein lies the problem – that people like me move here and expect certain things from a city they don’t contribute to, that it’s all about personal experience rather than shared consciousness. My own experience of Berlin is quite the opposite. I moved here to work a job I love but that I cannot afford to do in my home country. I have been fortunate enough to meet a huge variety of interesting and creative people, all contributing to the diverse culture offered by Berlin.

I’ve come to realise that If you don’t immerse yourself in the spirit of Berlin then it isn’t any fun to live here, and if all you do is have fun then you don’t REALLY live here. That’s the real appeal of Berlin, that you have to take the rough with smooth just the same as you would anywhere else. Only here, for me, riding out the rough times is ten times more tolerable.

I have friends who have come and gone, their love affair ended. They had their reasons; it was time to move on. Personally, I no longer feel the need to continually bang on to anyone who will listen about just how AMAZING Berlin is, but I also can’t imagine living anywhere else. If in the future we fall out of love, I hope I’ll have the maturity not to bitch to any other (un)interested party about how Berlin just doesn’t do it for me anymore. I’ll accept that it’s time to move on, and do so graciously. But not to a place where four beers cost me twenty Euros.

If you enjoyed this, then you should definitely check out “London: The Break Up” by Marie J. Burrows.

If you didn’t, let us know why in the comments below!

Josie Thaddeus-Johns, creator of When You Live In Berlin, gets her fix of caffeine and cats at Pee Pee’s Katzencafé. 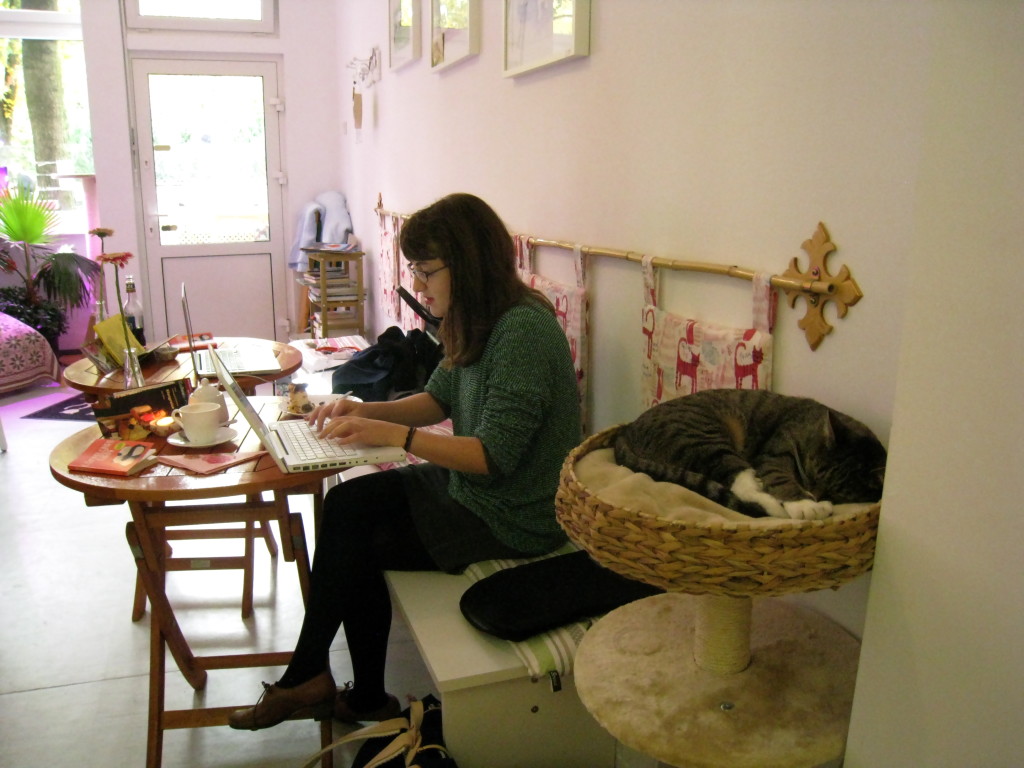 What’s allowed: stroking, cuddling, watching. What’s not: restraining, disturbing from sleep, pulling of tails, flash photography. No, you’re not reading the new list of rules for Berghain, but a guide to what you can and can’t do in Neukölln’s Pee Pee’s Katzencafé.

I hadn’t considered getting my own pet in Berlin for the first six months or so of my new life here. Nevertheless, I was told, by an expat older and wiser than myself: “After you’ve been living in Berlin for a certain amount of time, you’ll just get this urge to get a pet”. And sure enough, I’ve now begun to suffer from this peculiar affliction. I guess when you don’t have that just-off-the-boat pressure to discover a new club every weekend, you have considerably more time for ensuring that an animal other than yourself is fed and cared for.

Luckily, since I live in a fifth floor flat, more immediate help is at hand. Pee Pee’s Katzencafé (despite its unfortunate name) is designed for people like me to get our stroking, cuddling and kitty-watching fix. The place is filled with a number of cat climbing frames for feline entertainment. When I visit, both cats (Pelle and Caruso – brothers!) are curled up on the top of a frame each. They pass my own personal cuteness test with flying colours, but also had to pass slightly more official tests to be sanctioned for public consumption. As did their owner, Andrea, who filled out pages of questions to show that she knew everything there is to know about cat care – yep, German bureaucracy extends to felines too. It’s this bureaucracy that keeps the cats to just two in number – no more are permitted in a space of this size.

Boasting WLAN (I’m telling you this because, as a freelance writer/nomad internet user, it’s the first thing I look for in a café), it’s calm and relaxing, just next to the beautiful Thomashöhe, in the quiet bit of NK between Hermannstrasse and Karl-Marx Strasse. Its coffee (contrary to what Exberliner might say) isn’t up to the scratch of the Neukölln’s more trendy coffee places, but their New York cheesecake (a speciality according to Andrea) could definitely give the rest of the cheesecake brigade a run for their money.

It might not be the trendiest place, but if you’re having one of those days where your mood can only be improved by getting close and personal with a lil furry thing, it seems like a fair deal. #Miaow.

The world domination of “Swimming Pools (Drank)” continues! The Kendrick Lamar instant-classic has found its way to Berlin and nestled into the loving arms of Canadian musician Sway Clarke II. Originally from Toronto, SCII decided to settle in Berlin after a world backpacking tour and a year in southern Germany, and since then has written for John Legend, a few Til Schweiger films, and even sung on Tinie Tempah‘s upcoming album! As you can tell by Clarke’s reinterpretation of “Swimming Pools”, he literally-not-literally shits talent, and obviously has a promising solo career ahead of him. But I still can’t decide if I prefer the above version, produced in part by Rihanna collaborator Mikey Mike, or this epic acoustic rendition recorded at Funkhaus Studio Berlin…