Not a month goes by without someone bemoaning the influx of a new itinerant, immigrant population into Berlin. But concerned citizens like this guy (not a current resident of the city, yet part of the first wave that opened up “bohemia” to “yuppies” like us) needn’t worry, because future Berliners will find the pressure valve they need… in space.

As documented by the Star Trek series, New Berlin will be founded on Earth’s moon in about 2069. That’s less than 50 years until Berliners can enjoy a nice shiny new city, hopefully free of English expats, but with all the cultural benefits of their current home. At the Mazurka festival, revelers can get down to Polish folk music in their lederhosen, as fondly recalled by two Starfleet commanders in the video below (jump 2:10 in) – “sausage and beer all around!”

And the clubs on New Berlin are every bit as hedonistic as their Terran counterparts – if this photo snatched at Borghain* is anything to go by: 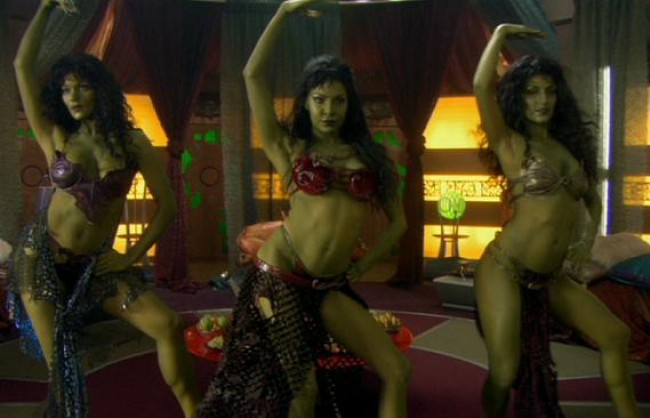 However, as this Federation Colony grows so large that, by 2373, it can be seen from Earth in the daytime, it’s only a matter of time before Ryanair Galatic arrives to ruin it all. Not to worry – when we inevitably outgrow our new lunar home, we can move onto the star system

of the same name as depicted in the MMO Freelancer. As you can see on this map, New Berlin includes the picturesque planet of Potsdam, and bases called Bonn Station and Brandenburg Border Station. Fittingly, Kreuzberg Depot is inhabited by “junkers”, “an itinerant population unaffiliated with any colony”, whose commodities include light arms and pharmaceuticals.

Of course, it will take us a while to get there – and it’s not going to be easy. As Moon director Duncan Jones is going to show in his follow-up to Blade Runner, dark days are ahead for the city so loved by his father, David Bowie. But the concept art for Mute indicates that the residents of near-future Berlin will still be able to get their rocks off, at the strip club Fremde Traum (Foreign Dreams): 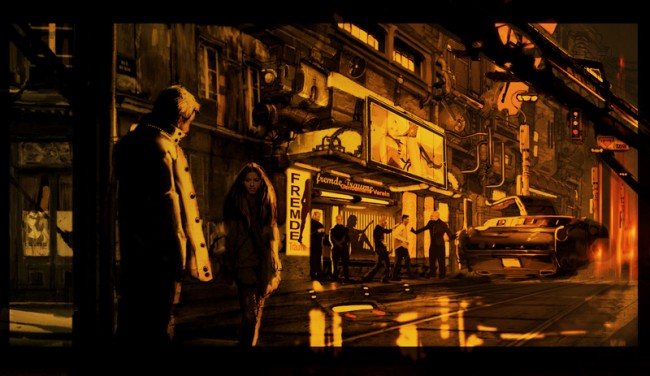 Time will tell whether future Berlins will have room for “lifestyle tourists” like us, but the city’s current inhabitants can be reassured that their reputation for sleazy thrills will follow them through time and space.

*yeah, so I made this up. But everything else in this post is definitely going to happen.

We like Indian food, and we like it hot. We hail from the home of Curry Hell, allegedly the world’s hottest curry and free to anyone who can keep it down. (If you’ve ever seen the Newcastle episode of the cable TV show Booze Britain you might remember Grant describing it as “the most uncomfortable thing I’ve ever tasted in me life”, just before bringing it all back up.)

To say that our tastes aren’t catered for in Berlin would be a mahoosive understatement. The city is famously bad for Indian food, but you wouldn’t believe how bad until you’ve sampled it for itself. Wherever you go, everything tastes the same: bland, indistinct and barely identifiable. “What’s this supposed to be again? Do they pipe this sauce in from the currywurst place next door? And then water it down?”

Which is why we’ve been to Buddha Republic twice in less than a month. Coming from Bangalore (via Birmingham), owner Armand has brought with him authentic recipes and the art of cooking using a traditional tandoori oven. He also has interior design chops, having successfully achieved the Buddha Bar aesthetic he enthused about over complimentary mango shots. We’ll leave the gushing descriptions to EXBERLINER, who sensibly sampled the Maharaja mixed tandoori for two, and just say that the food stands up against anything we’ve tasted on Brick Lane or in Bradford. Well worth the trip out to Charlottenburg. Again and again and again… 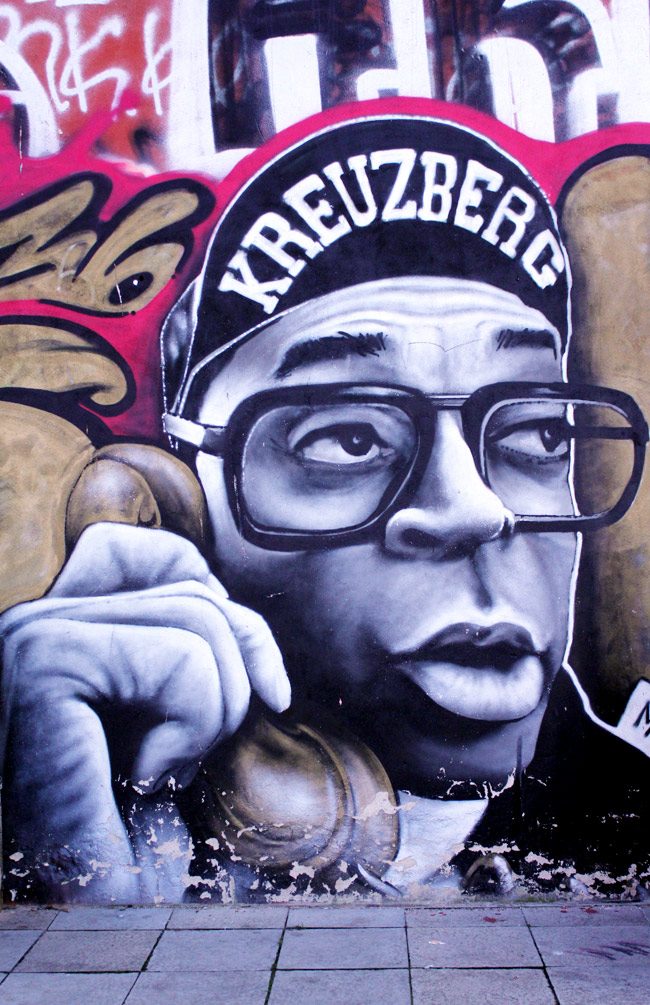 Our experience of the Transmediale festival for art and digital culture was short but sweet. Restrictions on our press accreditation, work commitments and sheer lack of organisation meant we missed the Hyperdub night at Berghain and live sets from Monolake and Deadbeat. Fortunately, we had some pretty good backups. On Saturday, we caught a snippet of Deadbeat’s stunning collaboration with video artist Lillevan as part of a review of the week’s AV performances in the immersive CineChamber, then hopped on the U-Bahn to Club Maria, which shook to the sounds of Modeselektor and their global team of bass pioneers.

We also made it down to the HacKaWay Zone, to see some artworks that “not only respond to scientific or technical developments, but that shape the way in which we think about and experience the technologies which impact virtually all aspects of our daily lives.” Some was enjoyably incomprehensible, like the brilliantly titled Ambiguous Cut Into Space of Conjecture (Lucid Phantom Messenger #2) – strobing multicoloured eye candy. Other work was thoughtfully executed, like overall festival award winner Intelligent Bacteria, which highlighted the dangers of alcohol processing in Indonesia by incorporating the bacteria produced into a performative acoustic installation, a “bacteria orchestra”.

But of most interest to this social media nerd were two projects that explored Facebook and its implications for our privacy, both on- and offline. Seppukoo provides a service for users who want to “commit Facebook suicide”, setting up a memorial page in their honour.  Or it did until it received a cease and desist letter from the web giant – now Seppukoo exists as a DIY guide to virtual self-destruction:

Also drawing the attention of Zuckerberg’s goons is Lovely-Faces.com, which scraped 250,000 Facebook profiles and used the data to build a huge, fake dating site. Taking publicly accessible data and using technology like facial recognition to fill in the gaps, it constructs an alarmingly complete picture of its “members”  by providing their gender, nationality, interests and even character (“sly women”, anyone?). As Wired reports, the creators of Lovely-Faces are only just sidestepping Facebook’s terms of service by taking down users’ data on request, so go and have a play on it while you still can.

Here are our impressions of a week of art, tech and music dorkery: 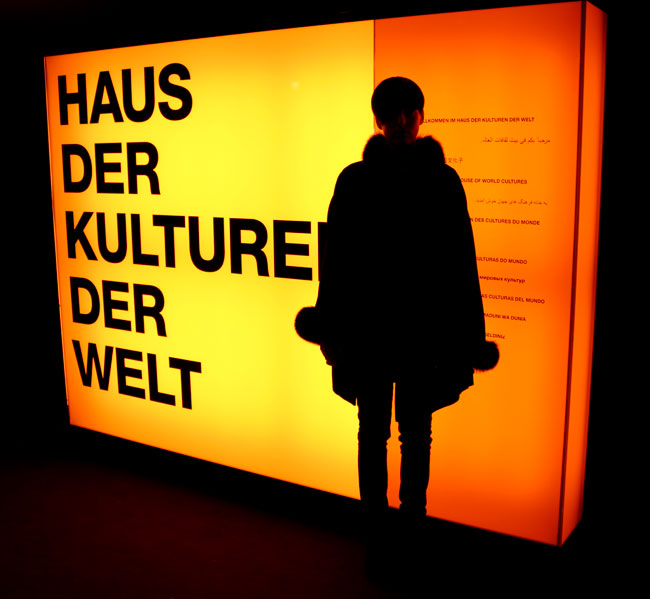 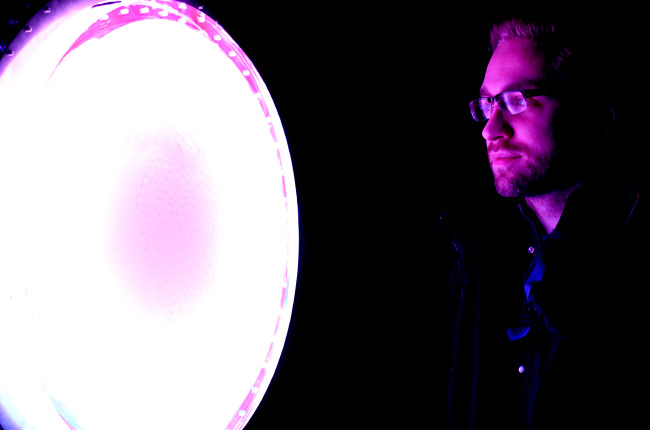