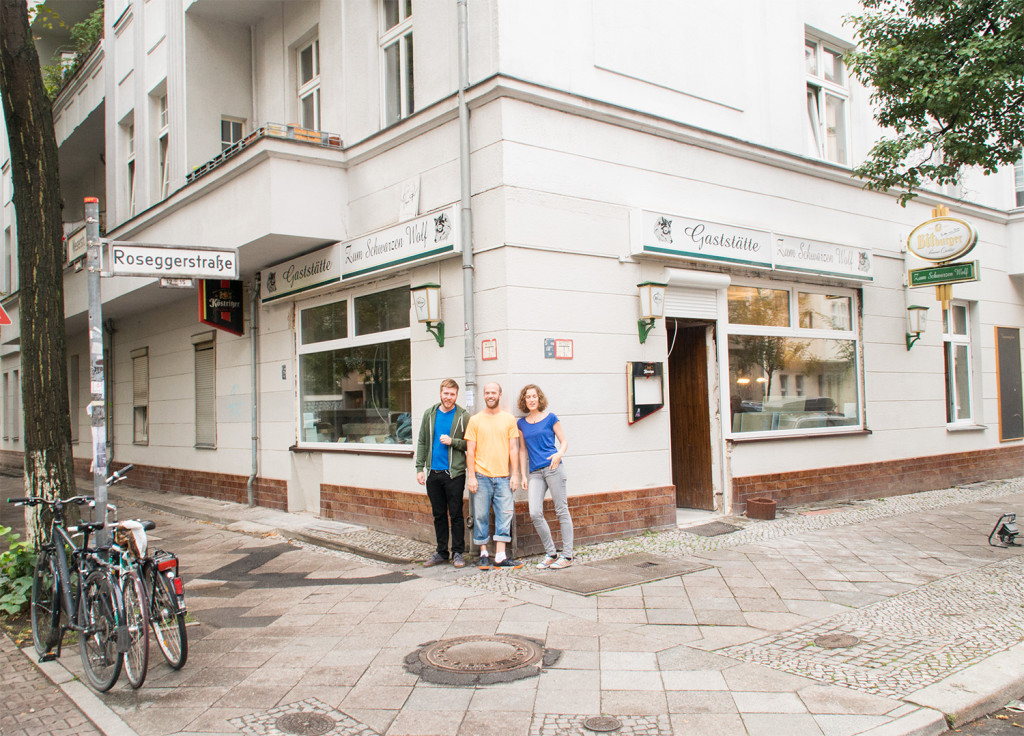 This is exciting! One of the brothers behind the hilarious piffle! podcast is currently turning this old Kneipe into Berlin’s first alternative comedy stage, the unimaginatively-titled Comedy Café Berlin (way to improv, guys). It’s going to be located in the heart of hipster central, on Neukölln’s Weserstraße, and will feature a café and bar alongside a theatre to showcase the stars of Berlin’s up-and-coming international comedy scene. As well as live standup, sketch and improv, this new institution for comedy will host workshops and courses for anyone who wants to polish up their funning skills.

With construction already under way, the team are raising money to pay for important stuff like soundproofing. To help secure the future of this promising project, check out the Comedy Café Berlin Kickstarter, where rewards include the chance to get your name on the Wall of Fame, one of the theatre’s 60 seats, a menu item, or even its toilets (“Name of Thrones”!). When you’re giggling it up in Berlin’s most awesome new nightspot, you can thank your past self for being so generous and, let’s face it, smart. DO IT.