Zoë just had an interesting Skype conversation with her mum about Pussy Riot, without either of them mentioning the actual name of the band! Of course it’s a good thing that the cause is gaining mainstream attention, and I’m sure people like Madonna and Pete Townsend mean well… but it was really thrilling to see a fellow feminist, and no-doubt influence on the Riot girls, take to the Berlin streets for some D.I.Y flashmob rabble-rousing.

This afternoon, Peaches filmed a video for her own Free Pussy Riot protest song, and invited fans to don masks and neon colours, and march down Oderberger Strasse into Mauerpark. Cue chants of “WE ARE ALL PUSSY RIOT!”, bemused tourists, and an appearance by the Polizei. But not before Peaches laid an egg. FREE PUSSY RIOT! Read more about Free Pussy Riot, and find out how you can help, at change.org. Last weekend I met the wonderful Gabby from Gypsy*Diaries for a fun day of street style papping at Mauerpark. With our mutual love of photography, fashion and Berlin (of course!), we had way too much in common to leave our friendship just in the bloggersphere, and so took the plunge to meet up in person (a scary notion for us web folk!). After meeting and chatting for hours about everything from camera lenses to jewellery designers (we’re a weird breed I admit it), we made the most of the glorious spring sunshine and went off to snap some beautiful Berliners. Thankfully, unlike most blind dates, the day was a resounding success and we’ve vowed to make it a regular occurrence which I’m really excited about so watch this space! 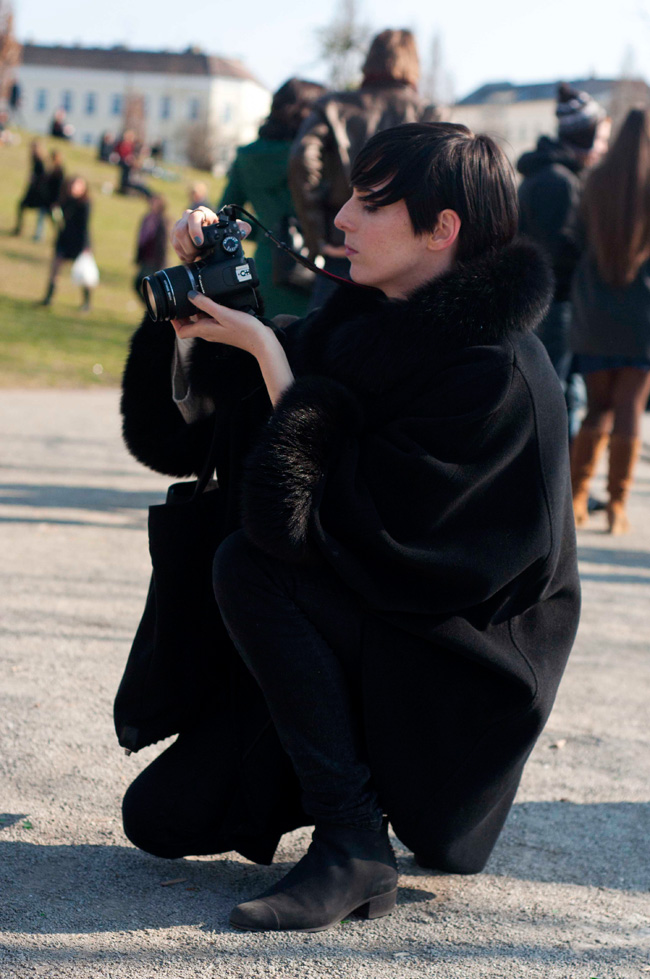 Photos by Gabby at Gypsy*Diaries

The lovely Gabby herself!