If you’re wondering what’s up with this guy’s face, you’ve obviously never heard his music before. Meshuggah are the Swedish lords of the progressive metal sub-sub-sub-(sub-sub)-genre called djent – according to Wikipedia, “an onomatopoeia for the distinctive high-gain, distorted palm-muted guitar sound.” This lofty description is long-hand for one YouTuber‘s own analysis – “TARRATA TARRATA TARRATA TARRATA TARRATA TARRATA TARRATA TARRATA [ETC.] ” – and, besides, we think vocalist Jens Kidman’s face says more than a thousand words (even a thousand repetitions of the word “TARRATA”). So far, so blah. To win 1 of 2 pairs of free tickets to the band’s C-Club gig on Saturday 8th December, scroll down past the hectic video for “Bleed”. See you in the pit!

HOW TO WIN 2 X TICKETS TO MESHUGGAH AT C-CLUB:

Leave a comment below, with your full (real) name and the word that you think best describes Meshuggah’s sound.

You have until 6pm on Thursday 6th December to enter. Good luck!

1. You must be 18 years or older to enter.
2. We will keep a record of each comment in a database and then a random number generator picks the winner.
3. We will announced the winners via our Facebook page on Friday 7th December. Here’s what I wrote on Bang Bang Berlin when I first encountered this masked man behind the decks in Berghain:

We’re fans of theatrics, and masks are a surefire way to get yourself seen and your music heard. Leaving our closeted love of Slipknot to one side, we’d like to shine a spotlight on Redshape. The Berlin-based techno head’s blood-coloured Michael Myers mask paradoxically marks him out against the city’s faceless producers and DJs, while maintaining an unsettling air of mystery.

Redshape (AKA Sebastian Kramer) recently revealed a little of the man behind his mask, with an XLR8R podcast that largely eschews his trademark tough techno in favour of some less-obvious influences. Alongside Carl Craig classic “Sandstorms” and tracks from the artist himself and fellow Berliner Plastikman, are Brian Eno and DJ Shadow – whose cinematic works bookend the mix – and leftfield inclusions like a cheesy lounge take on Jean Michel Jarre from Señor Coconut and the RZA‘s “Samurai Showdown”, from the Ghost Dog soundtrack. In fact, one of the few things Kramer gives away is that he’s a film nut: both Eno tracks come from Music for Films and the Shadow numbers include samples from Heat and Network. We’re glad he could tear himself away from his Beamer long enough to lay down such an unexpected and delightful mix.

Check out XLR8R Podcast 273: Redshape after the jump.

Another week, another great gig giveaway! I’m starting to get bored with just how shitting generous we are… This time, we have 2 pairs of free tickets for the Krautrockingest non-Krauts in the world, TOY – and we’ve made it even easier to win (no more tweeting!). Skip down the page to find out how to win two tickets to the London band’s show, next Tuesday, 27th November, or lose yourself in this trippy mix of the early electronica that inspires them. Kraftwerk klaxon!

HOW TO WIN 2 X TICKETS TO TOY AT MAGNET:

You have until 6pm on Sunday 25th November to enter. Good luck!

1. You must be 18 years or older to enter.
2. We will keep a record of each comment in a database and then a random number generator picks the winner.
3. We will announced the winners via our Facebook page on Monday 26th November.

This may be the least Berlin-sounding thing ever produced, but apparently remixer Ekkehard Ehlers is based here… so NYUH! According to Wikipedia:

If anyone can find a copy of either Tuesday Night… or Thursday Night… let me know – I’m pretty intrigued! 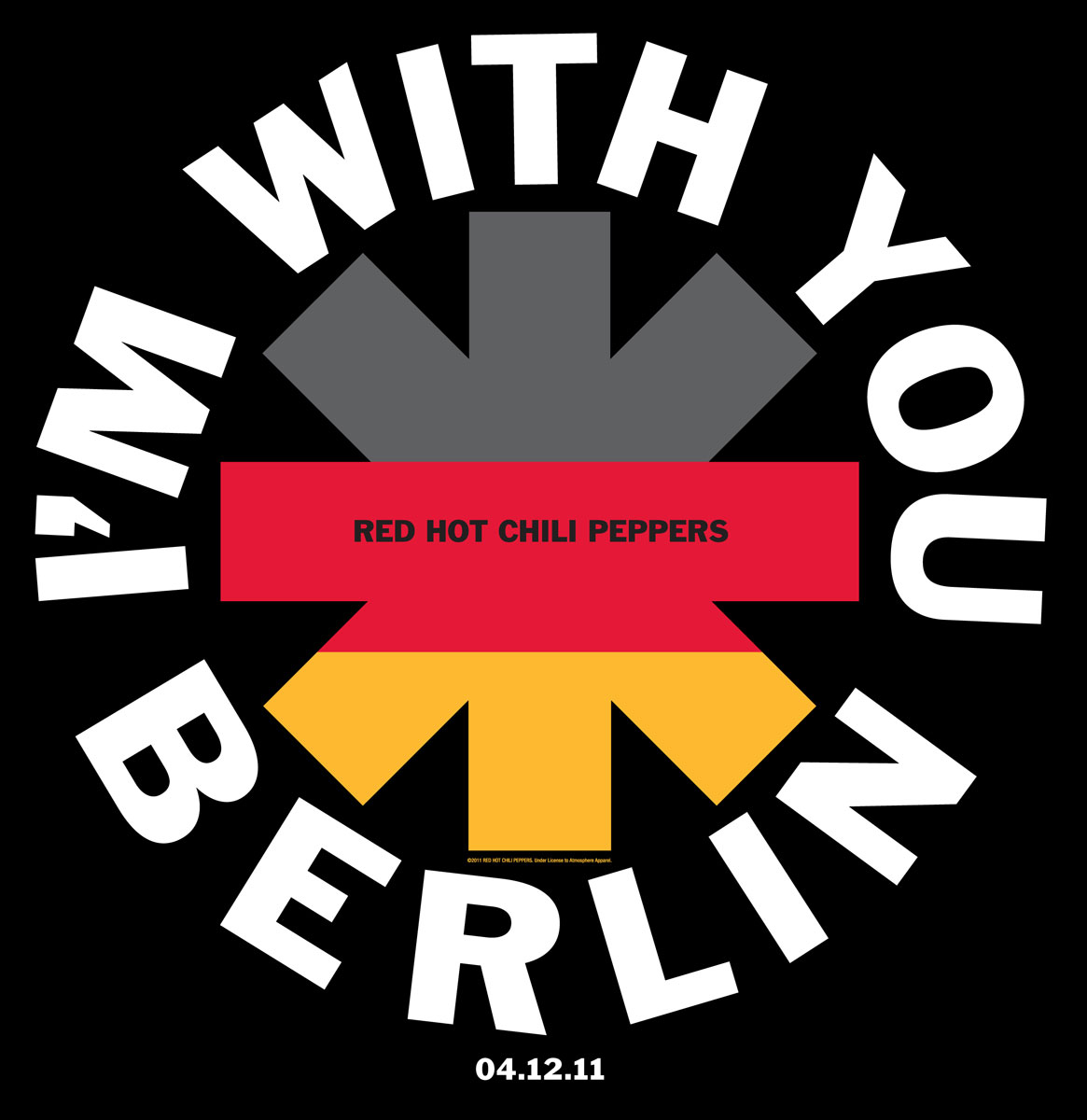 We think that the best way to discover Berlin is through the eyes of the people who live here. For our Berlin Portrait series, we’re asking artists, musicians and other interesting expats to introduce us their corner of the city. Join us as Phia, a solo artist who creates beautiful music with a thumb-piano and loop pedals, shows us around Neukölln and Kreuzberg. My name is Phia and I’m an Australian musician living in Neukölln, Berlin.

My boyfriend Josh (also a musician) and I moved here 15 months ago. Well in part it was for the reasons so many people move to Berlin – it’s cheap, in the centre of Europe and is a hub for other artists and musicians…

I also have a family connection – my grandfather was from Berlin. He moved to Australia in 1938 where he met my grandma, who was originally from Vienna. I didn’t think too much about the family connection until I got here, but once I arrived, knowing my ancestors lived in the same city as I now reside in was very poignant. In fact it is something I think about nearly every day. My grandfather may have walked the same streets that I do now, strolled along the same canals. Of course, Berlin is a very different city from the one he left behind: the street he lived on isn’t there anymore, due the bombings in World War Two. Germany was his home, and he made it a part of my childhood, but he was also forced to leave. The emotions are complicated! But every now and then I see or read things that remind me of my grandparents – hearing a nursery rhyme they used to sing to me, seeing the particular way apartments are furnished here. I now realise how European their suburban Melbourne apartment was! Even the fact the chose to live in an apartment in a city of standalone houses.

They both died years ago, so it’s lovely to feel close to them. I live on the corner of Neukölln, Treptow and Kreuzberg, which is sometimes described as Dreiländereck (“three border triangle”). My apartment looks over the intersection of two canals and very often the sound of ducks quacking will drift through our fifth floor apartment. There is a bridge over one of the canals and this is a real hub – people riding to work, walking to school… very often you see two people meeting and sitting on the bridge having a beer. And I love that in my Kiez everything I need is only a bicycle ride away.

The canal. I like that Berliners like to just get outside – go for a walk, ride their bikes or just sit in a park somewhere… and all of that happens along the canal outside our apartment. The idea that you can buy a cheap beer and go and sit somewhere, it’s really nice. Ä bar in Weserstrasse is just around the corner from my place. They have a regular Wednesday concert series, and I’ve done two shows there this year. The bar is always crowded, hectic and full of atmosphere, as are the gigs! I’ve loved playing my music there, hanging out, and then slowly riding my bicycle back to my place, across the wooden footbridge over the canal.

The Croissanterie on Pannierstrasse makes the most amazing croissants – particularly the nuss-nougat one. And if you get there early enough (well early for a musician, maybe 10am) the croissants are still warm.

Nowkoelln Flohmarkt. Being on a Berlin salary, I only really shop for clothes at markets now! The Flowmarkt runs every two weeks on Maybachufer. They have nice food stalls too and I always run into at least two or three people I know there. I’ve performed a few times at the market at Prinzessinnengarten, which is run by the same guy and is also really lovely.

Five Elephant has great coffee and simply amazing cheesecake. I don’t even like cheesecake, but I love theirs. I was introduced to this cafe by a good friend of mine, who is also Australian but we only became friends since we both moved to Berlin. We’ve collaborated on some creative projects since then, so I guess the cafe reminds me of the wonderful connections that can be made in this city. Phia is performing at Supamolly on Saturday, and a handful of other Berlin shows before going back to Melbourne for Christmas: check out her website or Facebook page for more details. American alternative rock will land at Templehof this Wednesday as indie veterans Nada Surf drop into town in support of their SEVENTH long player The Stars Are Indifferent To Astronomy.

You may recognise “The Surf” from their mid-90s sarcanthem “Popular”. Fifteen years later the three piece are still quietly reinventing themselves from album to album; changing their sound just enough to maintain forward momentum while still penning cosy, melodic tributes to hopeless romantics like us. These three gents make contemplative music which is okay to fall in love AND rock out to.